We would like to thank author Cardeno C. for donating an ebook copy of one her back list works to 1 lucky commentator who gets chosen. Make sure to leave a comment below to get a free ebook copy of book of choice from her backlist. 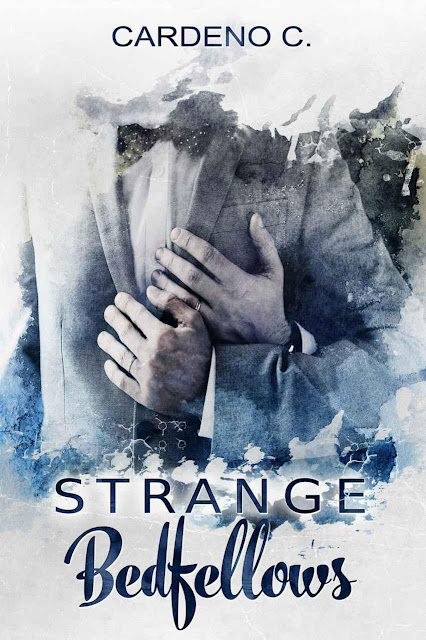 When the author contacted me for a possible review request, I just about jumped. I had been seeing teasers of this billionaire Democrat son falling in love with a freshman Republican Congressman. The story rang of romance amidst a conflicted political world and wondered how she was going to handle this one. After reading this in one go, I have to say: CC did it again. She made me sing out 'awwwwwww' and grin stupid. I do so love fairy tales.

As the blurb implies, this is a romance set within a political turmoil. It tells of how one man crosses the political borders for someone he loves. How he decides to fight for his love and lover no matter how his family and party objects.

Ford had always stood aside observing the happiness within his family. Of course his was not perfect. His father always the busy Senator, his mother the busy housewife, mother, and political wife. His sisters with their husbands and children. All those around him are conservatives, his mother and one sister more conservative than conservative implies. He is resigned to never find personal happiness. That is, until one night, when his needs had to be addressed, and he has a perfect one night stand with one Trevor Moga who just happens to be the current Democratic President of the United States' son.

One night turned to more. One text message became more, morphing to calls. One man turned to be the only man for both. One night stand morphed to love that overcame borders.

Ayayay! Talk about romance to the max!

This is such an awesome read, romantic read. Let me just make that clear. This is also a fairy tale. However, reading this, I was reminded of several characters, real and reel. Trevor and Ford, I smile and imagine them in the form of none other than power couple, Chris Hughes and Sean Eldridge. And then there is Trevor's mother, the First Lady, who reminds me Claire Underwood from the House of Cards, although I think Claire is more manipulative.

Overall, this is a Cardeno book, one I just placed on my favorite reads. I do so love MM romances within a political setting. It just makes my heart throb with glee.

Cardeno C. - CC to friends - is a hopeless romantic who wants to add a lot of happiness and a few "awwws" into a reader's day. Writing is a nice break from real life as a corporate type and volunteer work with gay rights organizations. Cardeno's stories range from sweet to intense, contemporary to paranormal, long to short, but they always include strong relationships and walks into the happily-ever-after sunset.
Cardeno's Home, Family, and Mates series have received awards from Love Romances and More Golden Roses, Rainbow Awards, the Goodreads M/M Romance Group, and various reviewers. But even more special to CC are heartfelt reactions from readers, like, "You bring joy and love and make it part of the every day."

To get a chance to win an ebook copy of one title from the author's backlist, leave a comment below and don't forget to leave your contact email address.

We will randomly pick 1 lucky commentator and Cardeno C.will email them their ebook title and version of choice.

To claim prize, we will be sending an email to the address provided by the lucky commentators. Don't forget to tell us what title and format you prefer.