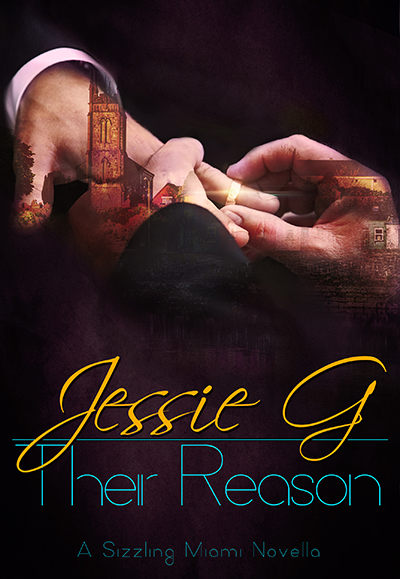 You are cordially invited to the wedding of Jon Connor and Ian Jones!When I think about my guys and who I think marriage would mean the most to, I always think about Red. Growing up in foster care and spending his first twenty-five years just trying to survive, the concept of family is a dream he never thought would become a reality. He found a family with Bull, the Connors and our favorite guys in the garage, but marriage would really make him a Connor. Not just the piece of paper, but the vows in front of all their loved ones, the promise of forever…it’s everything Red deserves.
In this sequel novella to For A Reason, we follow Bull and Red through the wonderful and crazy adventure of planning a wedding. From setting a date to saying those two magical words to their surprise Irish honeymoon, we get to see how love has transformed everyone’s favorite couple. And stick around for the outtakes, Red and Bull’s marriage has had quite the impact on all the guys!
Authors Note: 50% of the proceeds will be donated to the Trevor Project, the leading national organization focused on crisis and suicide prevention efforts among lesbian, gay, bisexual, transgender and questioning (LGBTQ) youth.
Series Note: This book is not a standalone. For A Reason is a must read so you have Bull and Red’s full back story. That said, the sequence of events in this book picks up about five months after Tricking Chase (Devils Pride MC, Book #1) and I do suggest reading them in order. After this book, the two series will move forward separately.

Reviewed by: multitaskingmomma
My Rating: 3.5 of 4 Stars
(Based on Short&Light Read Category)

This is a sweet ending to Bull and Red's romance. This was an unexpected installment spurred by the delighted author who witnessed a historical event in her lifetime: the legalization of Gay Marriage in the US and Ireland. Despite all the angst, it was finally accepted that indeed, two men or two women can and do fall in love and have the right to get married. Just like every other human being and dogs on this planet.

Bull asks Red to marry him and of course, Red says yes. Both men deserved their happiness and when they announce the good news to their friends, all were elated at the concept. Then the preparations begin and we catch a glimpse of what the other men think as well as the family members both attending and absent. We catch a glimpse of how their decision affects those around them as well. And of course, they go to Disney Land for the day and all. Sweet. Fun. Fast.

This is a make-you-feel-elated kind of book, one that sets the muscles to freeze on smile. Recommended for those who love Red and Bull (although frankly, I call them RedBull).

For a second, Bull forgot what he’d been trying to do. All he could think about was what he was going to do when they got back from the courthouse. “I’m anticipating a lot of things. Getting our marriage license today…”

“There’s a three day waiting period, remember?” Red teased.
“Marrying you in two weeks,” Bull continued, refusing to be derailed. “Having all our friends with us when we share our vows, our first kiss as husbands, our first dance as husbands…”
“I can’t dance.” The teasing smile slipped away and Red ducked his head. “I never have and there’s not enough time for me to learn and if my body doesn’t cooperate then I’ll look stupid. I’ll make you look stupid.”
“It’s cooperating just fine now, though, isn’t it?” Bull nudged his head up and pressed a kiss to his wrinkled brow. “Cause we’re dancing, Ian, right here in the bathroom.”
Red’s eyes widened in surprise. “We’re dancing?”
“Well, our bodies are swaying, our feet are moving…yeah, that’s dancing.” Watching the realization sink in and seeing Red’s smile bloom again was everything.
Red leaned in, silently begging for a kiss, before slapping him on the ass. “We have an appointment to get to, but maybe later we can try this again without clothes.” 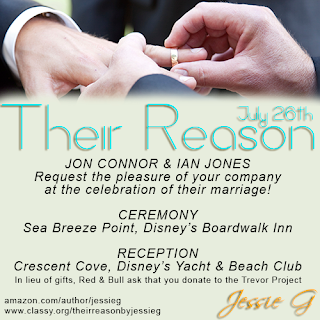 Writing has been the elusive, life-long goal that seemed to be getting further away as the years went by. It took 30+ years to achieve, but Jessie’s decided that timing is everything. The world wasn’t ready for m/m romance back then and, now that it is, the girl in the closet has finally found her writing home.Jessie is a firm believer in marriage equality, love at first sight, power dynamics, and happily ever after. She’s a lover of strong secondary characters and series filled with families, biological or chosen. All are themes you'll find throughout her books.