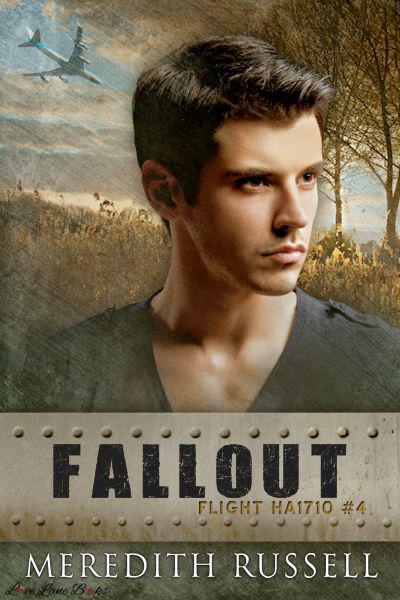 Can missing a fatal flight be the wake up call Harrison needs?


When Harrison Kelley is banned from getting on Flight HA1710, it seems to be the perfect ending to a crappy couple of days. Not only did he wreck a wedding, but he’s drunk way too much and been on the receiving end of the groom’s brother’s fists. Being escorted out of the airport by security was just the icing on the wedding cake.
Elijah Pettifer has lusted after Harrison from afar for years but Harrison never sees him as anything more than a friend. If he ever saw him at all. While attempting to defend what little honor Harrison has left, Elijah gets caught up in the wave of chaos surrounding his teenage crush. But missing his flight home because of Harrison’s mess might just be the luckiest thing to ever happen to him.
With a 24 hour ban imposed by the airport, and having only each other for company, the two men grow closer. But will the fate of the airplane they should have been on be the push Harrison needs to walk away from the toxic relationship of his past? And can Elijah make Harrison see exactly what he’s been missing out on because of it?

Giveaway
$15 Giftcard for Amazon or Are plus 2 further prizes of an ebook. Closes July 17th at 00.01 (GMT)
a Rafflecopter giveaway


About the Author
Meredith Russell lives in the heart of England. An avid fan of many story genres, she enjoys nothing less than a happy ending. She believes in heroes and romance and strives to reflect this in her writing. Sharing her imagination and passion for stories and characters is a dream Meredith is excited to turn into reality.