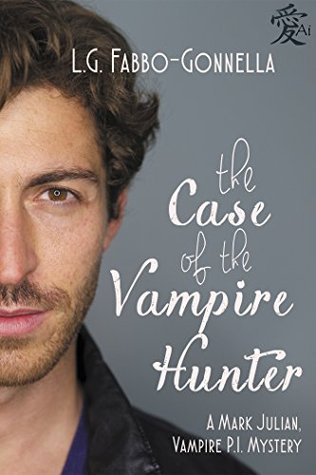 
Someone is murdering vampires in New York City. Only Mark Julian, Vampire P.I. can find the killer. That is, if he survives the hunt…
Vampires from around the globe are gathering in New York City to attend meetings of their worldwide Grand Council. Unfortunately someone is methodically hunting the delegates and killing them. The undead community has given their host, Tortego, an ultimatum: find the killer and stop the deaths or face a loss of his power. Despite putting his best vampires on the matter, all efforts have so far failed. In desperation the panicked vampire chief turns once more to Mark Julian for help. But this time that may not solve the problem.
Since his last encounter with his one time human lover, New York City’s Detective Vinnie Pasquale, Mark Julian became a drunken recluse who closed up his private eye offices. When Tortego approaches the newly sober Julian, the P.I. agrees to seek out the deadly vampire hunter. The search is on but Jaime, his sex demon secretary, fears that the recently despondent Mark may not be fully up to the task and may wind up as the hunter’s next victim. When she gets a note explaining a meeting will be taking place between them she truly worries. In the face of Mark’s possible suicide mission will she step in with her fiancé’s reluctant assistance? Even more critical, will she call on Detective Vincent Pasquale to aid her in saving Mark Julian from possible death? More importantly, how will the recently traumatized Vinnie respond to her request?

I really enjoy reading the Mark Julian, Vampire P.I. books. Each installment is a stand alone so it does not matter which number you come in, you never get lost. The least one does get is pure entertainment with a twist.

Mark Julian is a centuries old vampire from the Roman Empire days. Once touted to succeed Caesar, he was attacked by and accidentally turned into the undead. In fear, Caesar casts him out of Rome and nullifies his marriage to Caesar's daughter. Angry and lost at the unexpected turn of events, Mark wandered the world using his skills as a warrior and tactician to forge his way through life. As his talent for solving mysteries increase, he gets lonelier but for a few close friends. Then he meets one Vinnie Pasquale, a detective of the NYPD.

This installment is the fourth and opens to a dark place for both Mark and Vinnie. Where they were once closer than close and about to marry, the previous case caused Vinnie's mind to twist in trauma and spurs Mark's place in his heart. Mark is lost and basically on a death wish. Quite timely as this is the time when a vampire killer is on the loose and many are falling under a bow and arrow.

The difference in the writing of this story from the rest of the installments is the focus of the author into the minds of the side characters. We take peeks into vampire turned victims lives, the killer himself, Tortego's confusion how to approach the dilemma he is caught in and of course, Jamie and Jean Claude, best friends and work partners of Mark. Although this may sound like a confusing shifting POV storytelling, it really is not. And I guess that is where the magic of a good storyteller came in handy.

The mystery unfolds and till the end, I truly never guessed who the killer was and when revealed, never found out his benefactor. The arc of the four books are coming together nicely and even if the holes are plugged and the relationship of Vinnie and Mark is assured, we are still left wondering where the next installment will take us.

For those who never read this series, it's about time to pick this up. For those who do follow it, this is a great installment. Overall, a great mystery read.

Posted by multitaskingmomma at 7:06 PM