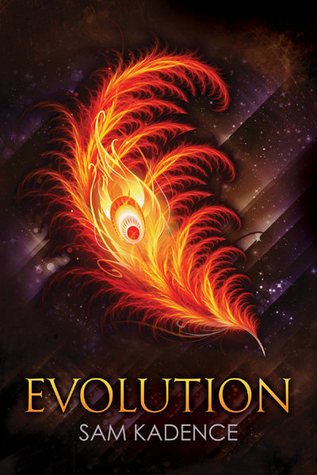 
Gene Sage has only ever wanted to sing, but his band, Evolution, is pushing him toward the big time. He finds it hard to focus on making musical history when he’s dreaming of graveyards and seeing ghosts. And while all he can think of is hiding who he is from a world unforgiving of anyone different, he discovers he’s also the ultimate snack for vampires and demons. When Gene literally runs into—over—his idol, Kerstrande Petterson, rock god, vampire in hiding, and music cynic, his life falls over the edge into chaos.
Jaded by the world and nearly a decade in the music business, Kerstrande thinks Gene wants to use him to make Evolution immortal in more than one way, but he can’t seem to brush aside the young singer’s enthusiasm.
Getting involved with Kerstrande drags Gene into otherworldly power struggles. Between the ghosts stalking them, the media painting supernaturals as villains, and a vampire out of control in the city, the only way for Gene and Kerstrande to survive is for Gene to embrace his powers—and his destiny.
Note: This is a teen novel.

I'm going to be brutally honest with this review. This book had me scratching my head and wondering if the author just added the paranormal bits as the story progressed. The characters are introduced initially you think oh plain of human some exude more confidence. Two to three chapters down and they have special abilities. Call me skeptical but I prefer my stories thought out and plotted. Not everyone read the blurbs or follows the authors work; I for one liked the cover. It was the same with the demographics initially it was vague. Then one of the main characters says “the park is neutral territory” a couple of chapters later the park is Central park in New York.

The story opens up with Genesis and Kerstrande meeting each other. Genesis is an aspiring singer and part of group evolution a music has a sensitivity to the paranormal he could see dead people. Kerstrande is a recluse who just so happens to be the ex-guitarist t of Triple flight one of the hottest groups around. The relationship between Genesis and Kerstrande is extremely challenging. Genesis wears his heart on his sleeves whereas Kerstrande will fight you if you even try to break his shields.

It is my opinion that this book could of been written better. There's a plethora of paranormals in this book and author just drops clues of what they are. I rather know someone is an incubus and not have to figure it out with the traits they portray.

Posted by multitaskingmomma at 8:07 AM