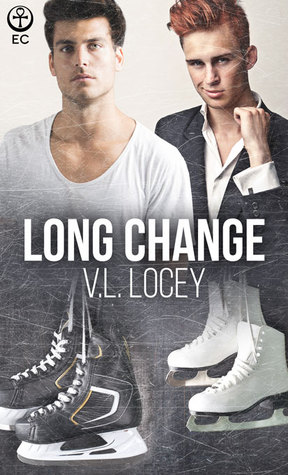 
Collegiate superstar goalie Boone Crockett seems to have the world at his feet. He’s rich, handsome, attends an elite college and is a hot prospect for the pros. Pity all that is a front for a deeply closeted and troubled young man.
All Boone’s life plans are shattered when flamboyant ex-figure skater Preston Gordon, an orange-haired twink, shows up to audition for the team’s mascot position wearing sequins, scarves and toe picks. His moves on the ice send Boone into his own pirouette of frustrated and reluctant desire.
As senior year progresses Boone slides deeper and deeper into a dangerous depression, Preston’s sensual strength the only thing he has to hold on to. If Boone can’t keep from plunging through the thin ice he’s skating on, it could take a twink to make the big save.
Reader Advisory: This story has graphic sexual language and scenes—no closed bedroom doors (or other rooms) here!
A Romantica® gay erotic romance from Ellora’s Cave

I never expected this to be as good as this turned out to be. Yes, the plot does revolve around one of the more serious sides of life, but the way this read, it was real but light. Not heartbreaking or traumatic. This actually leaves this reader with a sense of hope.

Boone is one badass hockey player. He is even eyed for the nationals. He is tough, rough, handsome, cute, young and strong. Only thing not going for him, he is emotionally unstable because he has hidden all his life and the stress of it all is finally catching up on him. His world is about to change and he may not be prepared for it all.

Preston is an out and proud former figure skater who is not afraid to flaunt his sexuality. He may come out a bit strong to the tender hearted and minded conservatives (ahemahem) but he is impossible not to love. His flamboyance attracts the eyes of the willing and unwilling. He is the one who will turn the eye of Boone and change his life forever.

This is a story of two young men whose physical disparities makes you conclude the bigger and huskier one is the stronger of the two. This is a story that will show the readers that it may just be the smaller guy who has the heart of a dragon and can slay anyone they love and protect. This is the story of how Preston became the protector of Boone who found himself at the crossroads and did not know whether to go on ahead or turn back.

Long Change is a romance novel but it is also too real to be really considered as one. May I call it gritty? I would recommend this to readers who can be challenged to take their minds off the roses and look to the thorns of life.

Bonus: the hockey was technically and lightly explained, I actually began to understand how the game was played!