The Art of Writing


John Gardner wrote in The Art of Writing Fiction, that when a reader, or at least an experienced reader, reads a book, he becomes drawn into the story. So much so that he enters a sort of fictional dream, where he begins to, at some level, experience or perhaps even live, the story.  It is the writer’s job to nurture that fictional dream as the story continues.  When the writer commits a gaffe, or breaks the rules of syntax and/or grammar, the reader is knocked out of that fictional dream, and has to work to return to it.  If the writer makes too many mistakes, the reader might well give up the struggle and decide that the story wasn’t worth the effort. 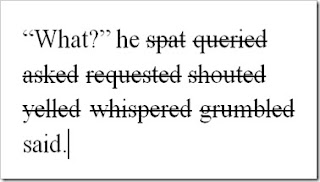 Several of the rules any good author should adhere to involve dialogue.  The modern convention is this: in dialogue, the verb follows the noun or pronoun.  That is: he said; she said; Joe said; they said; and so forth.  At the end of the Victorian era that convention was just the opposite: in dialogue, the verb preceded the noun or pronoun.  That is: said he; said she; said Joe; et cetera.  That style is rarely used today, except in the UK, where a few authors cling to it.

Today, that old-fashioned style grates on our ears, so to speak, but we can get acclimated to it as we read.  What does not work however, is switching back and forth from one style to the other.  For example, using “he said” in one paragraph, and “said he” in the next.  This can knock the reader out of that fictional dream, which is never a good thing. 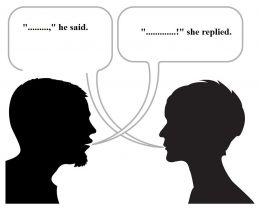 Another thing to be avoided at all cost is the use of non–standard dialogue tags, or worse, invalid dialogue tags; both of which will knock the reader out of the fictional dream.  Without exception, dialogue editors will tell you that the only verb you really need in writing dialogue is “said,” and maybe, occasionally, “asked.”  Recently in a writer’s forum one writer put forth the notion that “asked” is redundant.  The presence of a question mark tells the reader that a question is being asked.  I can think of a couple of authors, one of them a best-selling author of hardcover books, who use “said” almost exclusively, and they almost never use “asked.”  Why?  Because the reader’s brain automatically processes the verb “said” as punctuation, and moves right along.

I keep the above caveats in mind when I read a book for review, and any violation of those guidelines will be noted.

To sum it up, if the story is so compelling that it pulls me into that fictional dream and I stay there, the book is a winner.  If poor or careless writing keeps knocking me out of the fictional dream, the score suffers.

If the story is exceptionally interesting and/or compelling, a reader can overlook a few flaws in the writing, but what about reviewers?  Should reviewers continuously overlook flawed writing, in a desperate effort to say something nice, even if it is undeserved and dishonest?  I don’t think so.

When a reviewer has to lower his or her standards and award a better rating to a book than it truly deserves, that reviewer is doing the author a disservice; and encouraging him or her to continue to write badly.  How will the author know there’s a problem with the writing, if someone refuses—for whatever reason—to tell him?  Giving undeserved praise only encourages more bad writing, and it becomes a vicious cycle. 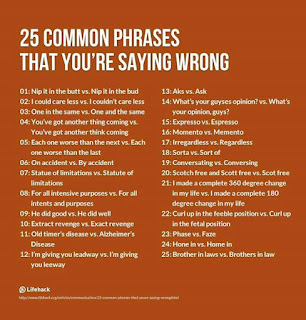 Look at what has happened in the US schools, where so-called “social promotion” is so prevalent in some areas that a generation of children in certain segments of society are graduating from high school either without having learned to read at all, or with reading at a level far below their age group.  Educators do this with all the good intentions in the world, but there’s an old saying about the paving stones of the road to hell that applies in this case.

When the educational system serves up illiterate or semi-literate graduates who aren’t prepared to deal with life, the gods of Political Correctness may be served, but I can assure you the children aren’t.  The same hold true with authors.  When reviewers reward bad writing with good marks, all it does is encourage the author involved to continue writing badly.

This reviewer has, on occasion, pointed out errors to authors in various forums, and almost without exception, the authors involved were grateful for the suggestions.  They were even more grateful for links to sites which can help them.

Editors must bear a good measure of the blame for this sort of poor writing.  Why?  Because the average professional editor might well be up-to-date on topics such as spelling, punctuation, the rules of grammar, and the guidelines from style manuals, but the majority of them know next to nothing about the art of writing dialogue, and writing it correctly.

So, how to handle reviewing badly written books? 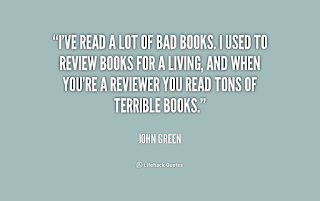 The answer is simple: carefully explain what is wrong with the writing, and provide links to good sources from which the author can obtain the necessary information to help them resolve the problems.  But never, ever say “I loved the book,” when in fact it was barely worthy of examination.

You may not be the most popular ‘kid’ on the block, but you will sleep at night, knowing that you were honest, and stuck to your guns.

Posted by multitaskingmomma at 2:42 AM