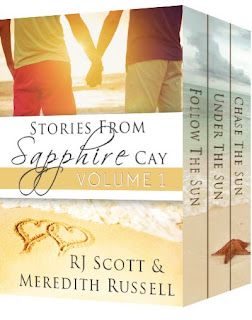 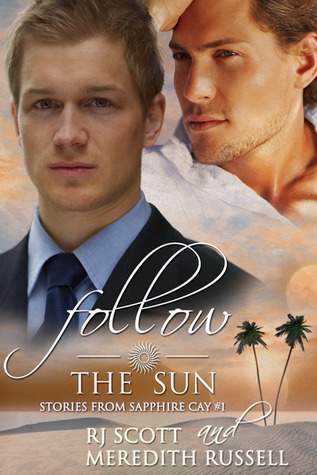 Follow The SunBuy links, reviews and excerpts hereDylan is a free spirit running from a life he doesn't want, Lucas is a businessman killing himself slowly with long days and seven day weeks at work. When the workaholic meets the beach bum how can they see eye to eye, let alone fall in love? Sapphire Cay - such a romantic setting 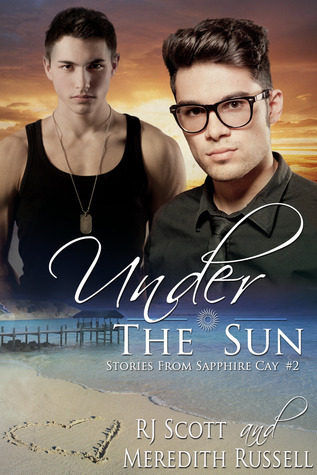 Under The Sun
Buy links, reviews and excerpts hereWhen the over the top wedding planner Edward shows up and practically has an aneurysm, Jamie will either kill him or fall for him. How could anyone not love a slightly OCD, flamboyant wedding planner, who carries his diary near and dear to his heart and a hot stud of an ex-Marine?
Who can resist a hot marine and a sexy wedding planner finding love in a romantic settings? 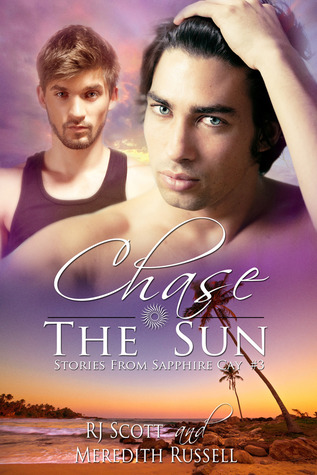 Chase The Sun
Buy links, reviews and excerpts here
Six years ago, Adam broke Scott's heart, but now he's back in Scott's life and Scott is rightly suspicious. Is it a case of second chances? Or will history repeat itself?
The first step to loving Adam is to forgive him.

The Sapphire Cay series is one that I read a few years back. The images I posted for each book in this bundle reflect those books I had read, but never reviewed. At that time, I was not so much into posting reviews, but I did read voraciously.

This bundle, of Volume 1 edition, is a fantastic way of reading the series filled with sweet romance between men and their lovers in Sapphire Cay. At the time I read these, I had to wait for each installment release. This was a sweeter read for me because the stories were read back to back and realized just now, they flowed right next to each other. Something that I failed to appreciate when these were read separately.

The first book, Follow The Sun, tells of two men who never settled nor wanted to settle. Lucas is a workaholic and this one respite is really due to his younger sister's wedding. He'd raised her so felt duty bound to be present as a staunch supporter but kind of scared for her at the same time. He is financially successful but his body is beginning to ravel due to the stress. Sapphire Cay, where the wedding is happening, is where he meets Dylan, another unsettled spirit. The friendship soon turns to romance and it is sweet in its blooming.

The second book, Under the Sun, is about the OCD, flamboyant and exuberant wedding planner who meets and falls for an injured ex-marine. Jamie Durand was the former owner's son who has just left the service. This is a truly sweet and funny tale of how the macho man falls for the Hollywood typecast man. Opposites attract they say and these two are complete opposites. However the supposed angst of frustration laced with dislike began, it soon ended in another sweet romance with the marine falling head over heels with the fantabulous wedding planner.

The third book, Chase the Sun, is about second chances. These two men, Adam and Scott, knew and loved each other years ago but something happened and they broke. One ended up in the wrong crowd and went to prison for three years, the other is currently working with Dylan in Sapphire Cay. The two meet again and, as their chemistry still ran hot, they hesitantly get to know each other once more. Again, a sweet tale of romance.

Those of you who like to just wallow in sweet romance, this is the bundle for you. The best reason to get this? The story flows right into each other but are standalones. Well, somewhat. This bundle is a good way to spend two or three days relaxing.

About the Authors
Connect with Meredith RussellMeredith Russell lives in the heart of England. An avid fan of many story genres, she enjoys nothing less than a happy ending. She believes in heroes and romance and strives to reflect this in her writing. Sharing her imagination and passion for stories and characters is a dream Meredith is excited to turn into reality.Website: http://www.meredithrussell.co.ukFacebook: http://www.facebook.com/meredithrussellauthorTwitter: https://twitter.com/MeredithRAuthorTumblr: http://missmeredithr.tumblr.com
Pinterest: http://www.pinterest.com/meredith1205Email: meredithrussell666@gmail.com
Connect with RJ Scott
RJ Scott has been writing since age six, when she was made to stay in at lunchtime for an infraction involving cookies. She was told to write a story and two sides of paper about a trapped princess later, a lover of writing was born.

As an avid reader herself, she can be found reading anything from thrillers to sci-fi to horror. However, her first real true love will always be the world of romance where she takes cowboys, bodyguards, firemen and billionaires (to name a few) and writes dramatic and romantic stories of love and passion between these men.

With over seventy titles to her name and counting, she is the author of the award winning book, The Christmas Throwaway. She is also known for the Texas series charting the lives of Riley and Jack, and the Sanctuary series following the work of the Sanctuary Foundation and the people it protects.

Her goal is to write stories with a heart of romance, a troubled road to reach happiness, and most importantly, that hint of a happily ever after.