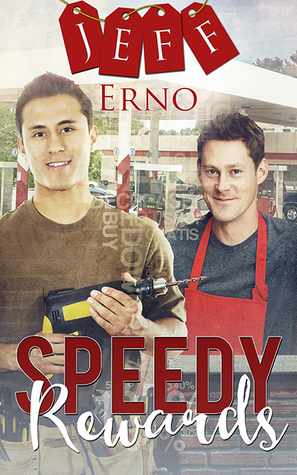 Phil Mitchell pours his heart and soul into his job as manager of Speedy Mart, a local convenience store. He loves his work and he loves his fellow employees, but when it comes to his personal life, Phil is lonely and depressed and still pining for his long-departed ex.

He embarks upon the week from hell where anything that can go wrong does. It begins with a truck crashing into his outdoor sign and only goes downhill from there.

Add an asshole homophobic boss hell bent on seeing him fired and Phil realizes he needs to put into place a plan to save himself and his job.

First step in his plan… do something about his love life.

Meanwhile, Ezra, one of Phil’s team members, is dealing with his own roller coaster ride of a week.

As is Brandon, the local cop…

And Mark, the homophobic boss…

Perhaps, with a little… luck, the next week will be better.

Reviewed by: Ray
My Rating: 3 of 5 Stars 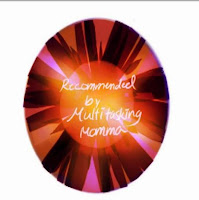 I really don’t know what to think about this book, for the following reasons:

Each chapter introduces a new character, and there are so many of them, they tend to get lost.  In the first six chapters, we meet, Phil; Ezra; Vince; Mark; Doreen; Justin; and in chapter ten we meet Brandon.  Frankly, that’s way too many characters for the reader’s brain to encompass, and keep track of in a few pages.  I found myself having to backtrack and figure out who was being talked about when they popped up on the page.

The only characters who really matter are Phil and Mark.  All the other characters are merely peripheral to the two main characters, and they frankly aren’t all that interesting.

Essentially, this is the story of Phil, a more than competent long-time manager of a Speedy Mart, one of a chain of service station/convenience stores; and his district manager, Mark.  Phil has recently been outed as gay, and Mark is a classic homophobe who’s intense dislike of Phil begins when the outing, and manifests itself in poor performance reviews.  Classic in the sense that he is at his core, a deeply closeted self-hating homosexual.  And therein lies the story.

This book could have been interesting, if it had been more focused on the two main characters, and less involved with the peripheral characters and their exploits.

Better writing would have helped enormously.  Like so many authors, Erno’s characters don’t “talk” to each other.  That is, they don’t actually “say” things to each other.  Instead, the reader is inundated with bad and often invalid dialogue tags, as we are told that the characters “intoned; mumbled; piped up; moaned; slurred; protested; and spat at each other.

Dialogue tags like these violate a cardinal rule of writing: “Show, don’t tell.”  Which is another way of saying, Don’t tell the reader what he’s supposed to think; show him what’s happening, and show it in a way that makes the action clear.”  I realize full well that I say this in probably eight out of ten reviews, but it bears repeating.

Then there’s the fact that it is physically impossible to “moan”, “protest”, or “spit” a sentence.

The cover was interesting, but the faces of the two men on the cover in no way resembled any of the characters in the book.  Most people, myself included, like to form an image of the characters in their minds as they read a book.  Prompting them with actual images on the cover is popular, but it is never a good idea, especially when both the younger man and the slightly older man on the cover look more like middle-class office workers than the typical employee one finds at a convenience store.

I’ll give this book Three stars for effort, but it could have been so much better.