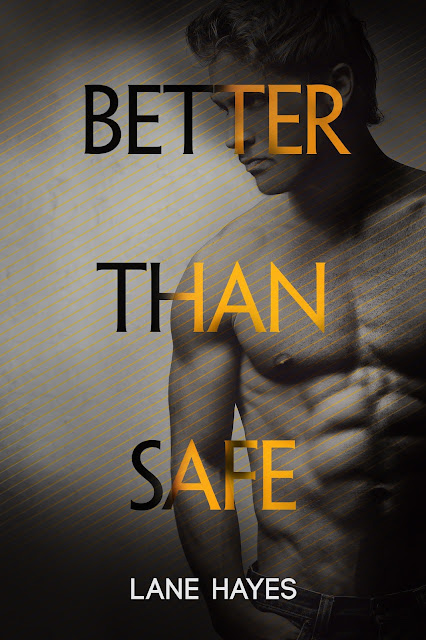 
Lane Hayes reveals the beautiful cover art for the
next book in her BETTER THAN series
titled BETTER THAN SAFE.

It releases on September 25, 2015, published by Dreamspinner Press.


Paul Fallon is a fashion advertising guru. He’s a genius at dealing with difficult editors, art directors, and designers alike. He thrives on the chaotic atmosphere and constant challenges. But in his personal life, he’s hoping for peace and stability. Settling down with a nice doctor or lawyer sounds perfect. Anyone but an artist. He’s been there, done that, he and doesn’t want to relive the heartache.
Seth Fallon is a model, occasional guitarist, and aspiring painter. He’s quirky, flighty, and wise beyond his years. Life has taught him some tough lessons, then given him opportunities he never dreamed of. He’s learned to appreciate the fragility of life and to express it in his work. Seth’s flare for the absurd combined with a supple mind and a beautiful body are too alluring for Paul to ignore. Against his best intentions, Paul is drawn to the younger man whose particular brand of crazy challenges Paul to accept hat things aren’t always as they seem. Sometimes taking a chance is better than being safe.


Seth’s eyes took on a feral expression I’d never seen before. Anger and self-righteousness turned into a completely different kind of passion. He dropped his paintbrush and wrapped his arms around me like a snake as he pressed himself close so there wasn’t a breath of space between us.

Lane Hayes is grateful to finally be doing what she loves best. Writing full time! It’s no secret Lane loves a good romance novel. An avid reader from an early age, she has always been drawn to a well-told love story with beautifully written characters. These days she prefers the leading roles both be men! Lane discovered the M/M genre a few years ago and was instantly hooked. Her first novel was a finalist in the 2013 Rainbow Awards and her third received an Honorable Mention in the 2014 Rainbow Awards. She loves travel, chocolate, and wine (in no particular order). Lane lives in Southern California with her amazing husband and the coolest yellow lab ever in an almost empty nest.

Posted by multitaskingmomma at 7:22 AM