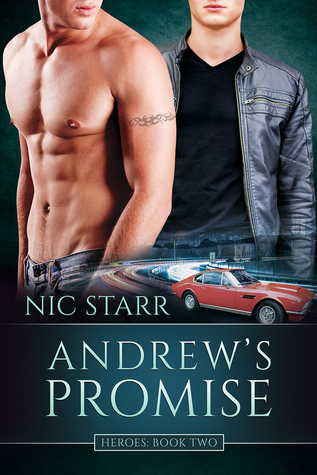 
Young mechanic Andrew Campbell’s life couldn’t be better. He is about to restore a Ford Mustang with his dad before heading off on the ultimate cross-country road trip with his best friend, Tanner McKenzie.
But tragedy strikes, and Andrew’s life is shattered. Worried his family will be torn apart if he doesn’t step in, Andrew makes a tough choice between following his heart and doing what he needs to do to protect his little brother.
When Andrew pushes Tanner away, Tanner heads off on the planned trip alone. Once Tanner leaves town, his life takes a different path and it’s ten years before he returns. Now a firefighter, he’s never forgotten his first love, and no one has ever taken Andrew’s place in his heart. He’s determined to see if Andrew feels the same way. He just hopes Andrew’s excited to see him, hopes that he’s available—and finally out—after all this time.
They might not have been ready to deal with emerging feelings years ago, but now might be the time for their second chance at love.

The end of Charlie's Hero was the stuff that made me jump with excitement for it held the promise of Andrew's story. With Andrew's Promise, we get what the author promised and more for this is a really sweet story of love, perseverance, forgiveness and acceptance.

Andrew is Josh's older brother, the one who gave up all to guarantee Charlie get the chance to live the life their father made sure to give them. Andrew's life was normal, a widowed father and a younger brother living in one house. They were friends and family and life was good. Andrew made plans with his best friend, Tanner. They were to take six months off from life and go on a grand adventure. Andrew had it all mapped out and Tanner was excited to see all the places they had dreamed of going to since they were young kids. Unfortunately, life took a tumble, as we all know, and Andrew could not keep up with the adventure and instead had to stay and take care of his younger brother. When Josh found his happiness with Charlie, he had been hesitant to reveal to Andrew he was gay. To his surprise, Andrew did not mind in the least. Curious why, Josh finds out at the last chapter of his book what Andrew was really all about.

Tanner had loved Andrew for so long and was heartbroken when Andrew could not go with him to the adventure they had planned for years. To make matters worse, Andrew turned his back on their love. At the time it happened, Tanner did not really understand. Ten years later, he reaches out to Andrew and fortunately, gets the answer he wanted and needed.

The story is, again, very simple. Love given a second chance. Love conquers all. Love is a many splendored thing. Simple plot. Sweet story. With Nic Starr making sure to put the smile on her readers' face, this is a favorite story to read over and over again. Especially as it is not as angst ridden as one would expect from a plot like this.

You want to smile?

Note: Copy provided for by author for an honest review.

Posted by multitaskingmomma at 3:44 AM