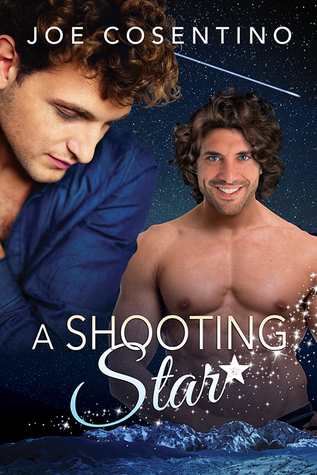 On the eve of the best night of his life, winning an Academy Award, Jonathan Bello thinks back to his one great love, David Star.
Flipping back the pages of time, Jonathan recalls his handsome, muscular, and charismatic college roommate. Since Jonathan was a freshman and David a senior in the Theatre Department, David took Jonathan under his wing and molded him, not only as an actor but as a lover. With every wonderful new adventure, David left his joyful mark on anyone with whom they came in contact, but Jonathan soon uncovered David’s dark past, leading to a shocking event. Undaunted, Jonathan celebrates the captivating man who will always hold a special place in his heart.


A Dreamspinner Press Bittersweet Dreams title: It's an unfortunate truth: love doesn't always conquer all. Regardless of its strength, sometimes fate intervenes, tragedy strikes, or forces conspire against it. These stories of romance do not offer a traditional happy ending, but the strong and enduring love will still touch your heart and maybe move you to tears.

Amazon  | ARe | B&N
Reviewed by: Ray
My Rating: 4 out of stars 4
(Based on Short&Light Read Category)

This is the story of an ill-fated and one-sided romance between Jonathan and David, both of whom are in college, preparing for careers as actors.  I was surprised by the ending, until I went back and read that the short story was part of the publisher’s “Bittersweet Dreams” series.

Of all the books I’ve reviewed, or attempted to review over the past year, this is only the second book that was well written.  It was remarkable in that the bad dialogue tags could almost be counted on the fingers of one hand.

David is a larger-than-life character, who uncharacteristically tries to better the lives of everyone he meets, even total strangers.  A Freudian would probably say that he is overcompensating for his own feelings of inadequacy.

Jonathan is introverted, shy, and more than a bit surprised at his success when he wins a coveted part in a school play.

David seems to enjoy living life on the edge, and puts himself into dangerous situations, with Jonathan following.  He also has serious problems in dealing with his family.  There was a scene when his father comes to their dorm room that seemed so abrupt it was almost a throwaway scene in that it worked, but cried out for considerably more explanation when it was over with.

I couldn’t decide whether or not Professor Katzer was really ill, or merely seriously infected with hypochondria.  In any case, the professor’s medical problems, whether real or imaginary, were a bit overdone.

The muscular Jake was also a bit over done.  “Mountainous shoulders.”  Really?

I liked the characters that the reader is supposed to like, and found them interesting; but I really can’t say anything more without getting into giving away spoilers, and I really don’t want to do that.


Note: eARC provided by author for an honest review.

Reviews for AN INFATUATION the first novella in the In My Heart series by Joe Cosentino from Dreamspinner Press:

“Joe Cosentino proves there’s more than one way to a happy ending in An Infatuation, a story of first love and heartbreak delivered in a fresh and funny voice.”
The Novel Approach

“Don't miss this one friends, it is a heartfelt story magical in the telling! Thanks Joe Cosentino for putting your heart on the page for us to savor!”
Bike Book Reviews

“It’s unusual for me to get sucked into a book in the first chapter but it grabbed me early and I read the whole thing in one day”.
Nautical Star Books

“I recommend this book to anyone reminiscing about that one that got away.”
LoveBytes Reviews

“I think you will be left breathless with the reality and emotion behind An Infatuation.”
Diverse Reader

Joe Cosentino is the author of An Infatuation and A Shooting Star (Dreamspinner Press), Paper Doll the first Jana Lane mystery (Whiskey Creek Press), Drama Queen the first Nicky and Noah mystery (Lethe Press), and The Nutcracker and the Mouse King (Eldridge Plays and Musicals). He has appeared in principal acting roles in film, television, and theatre, opposite stars such as Bruce Willis, Rosie O’Donnell, Nathan Lane, Holland Taylor, and Jason Robards. His one-act plays, Infatuation and Neighbor, were performed in New York City. He wrote The Perils of Pauline educational film (Prentice Hall Publishers). Joe is currently Head of the Department/Professor at a college in upstate New York, and is happily married. His upcoming novels are A Home for the Holidays (Dreamspinner Press holiday novella), The Naked Prince and Other Tales from Fairyland (Dreamspinner Press short stories novella), Porcelain Doll the second Jana Lane mystery (Wild Rose Press), and Drama Muscle the second Nicky and Noah mystery (Lethe Press).

Posted by multitaskingmomma at 8:53 AM