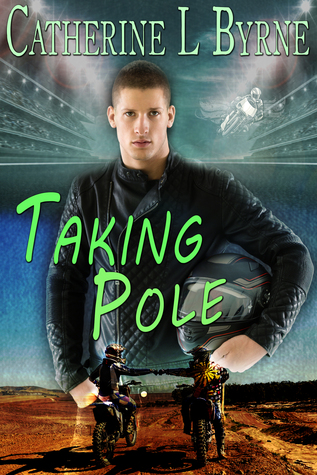 
Two bitter racing rivals have fought since their teenage years to beat each other to the motorcycling championship title. When they are both caught up in a serious accident, however, their plans and conflicts fall apart. Thrown together to make sense of what happened, the aftermath forces them to wonder what they are actually fighting for.


Review by: multitaskingmomma
My Rating: 3 of 5 Stars

Two very driven competitors on the motorcycle racing circuit go head to head as they always do when an accident everyone fears happening happens. Left confused, full of guilt and seriously questioning their roles as racers, Javier and Glen find themselves thrown together to make sense of it all. The resulting romance that develops between them was both unexpected and yet expected. Their outing is also unexpected but expected.

And that is the root of this read. The unexpected is expected. Question is, how will they both survive?

The beginning of the story established one fact: the hatred between Javier and Glen. They are tough competitors and also kind of childish in their drive to win the race. This part is successfully written.

The following chapters after the accident, that is what I am at odds with. Their romance is a given, this is an MM romance after all, but the aftermath of their outing was too romantic a look at the way the sports world treats their athletes.

The good thing about this read was its fast pace and it was light enough to breeze through, like one would a fairy tale. This is a fairy tale story, despite the angst, and that is why I liked it.

Posted by multitaskingmomma at 8:53 AM