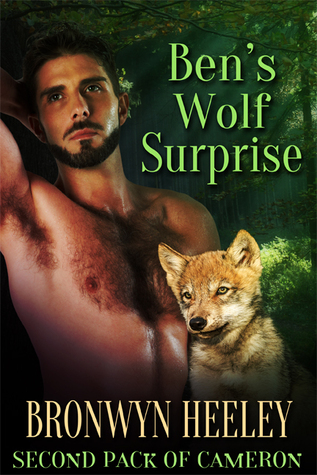 
There’s something unsettling in having to tell a one-night stand that you’re pregnant with his child. When you yourself are a man, it gets…let’s call it complicated.

Ben rushed to the toilet, sliding into the bowl as he slipped on the bathmat. His fingers hurt as he smacked them into the porcelain moments before he spilled his guts out into the bowl.
His retching, the splash of liquid hitting water and the sting in his eyes were the only thing on his mind as he tried to get the poison out of him so that he could stop being sick. He really needed to stop being sick.
Please can someone make it stop.
Ben took a breath as he slowly straightened himself up. Hoping his stomach was over this burst. He grabbed at a handful of toilet paper and used it to blow his nose before he wiped his mouth and threw the clump into the bowl as he got to his feet. His head stayed on level, hanging over the bowl as he waited. A second, a minute, he didn’t want to stand, he didn’t want to be looking down at the bowl, but it was hard, these moments of calm.
Flushing, Ben stood over the sink, washed his face and mouth out before he grabbed at his toothbrush and started on his teeth. He couldn’t stand the taste, couldn’t deal with the fact that he’d spewed and even though he’d be here again, going over the same routine, like he had six times since last night. He needed to feel clean and without getting in the shower, his teeth were the next best thing.
Ben shuffled his way back into the bedroom then looked around. He didn’t feel that bad at that moment. Queasy, yeah, because of the recent spewing. But on the whole, his head wasn’t hurting, his body wasn’t aching and he didn’t have a temp. He just vomited, had been just vomiting for a week and a half now.
Ben did not understand why it was happening. He’d even been to the hospital about it and they sent him home after nearly a day on an IV and all tests coming back clean. He did not have food poisoning or gastro issues. He did not have fucking anything and the fact that he hadn’t spewed at the hospital itself hadn’t helped, just got him home quicker.
He’d felt like a fool. Therefore, he kept it all to himself even though the sickness didn’t seem to be passing, didn’t seem to be anything even as he kept on doing it.
He drank as much as he could and he did seem to keep a lot of the water down. He even managed to eat a bit every now and then. Not as much as he’d normally consume but enough to say he’d eaten.
Smells seemed to be a big trigger. And the fact that he lived in a shitty apartment block meant there were a lot of them, at all different times. Each smell different from the next, nothing he could really track.
Breakfast was okay, toast and tea even, but any small waft of coffee and he’d be running to the toilet. The oily mechanic sweaty smell didn’t sit well with him either, which was weird, as it happened to be his favourite smell on a man.
Animal’s…he could not do them at all. Could not stand that animally smell they had, a smell he’d never really noticed until this last week. Dogs were the worst, they reeked in a way that got Ben backing away as quickly as he could. If one touched him, brushed against his hand, his body…well the last time it happened he was at his neighbour’s feet. Luckily, Daniel had been nice enough to wash away the evidence from the front steps.
Odder still was the fact that it took him four times under scalding water to wash the dog’s smell off him and he’d not been able to rest until he did. Could not sit still until it was clearly away.
A knock sounded around his apparent before Ben had made it to bed. He looked out towards the front of his apartment, even if all he saw from his position was the open bedroom door.

Knock knock anyone there?!
Max: I don’t think they are going to answer you
Kade: don’t mean I didn’t get their attention
Max: maybe that or you’d be talking to yourself *max paused to look at the other man – huffed a laugh* never mind, continue
Kade: or fuck you wanker, I don’t talk to myself.
*Max look was pointed and clearly unbelieving*
Kade: singing is not talking—not like any of this is the point *his eyes narrowed at the big man beside him*
Max: right, we are here to talk Ben.
*Kade leans forward, make whispering jesters with his hands*: his pregnant you know, and not having a good time at it.
Max: why are you whispering, I’m sure they know
Kade: Of course, they know. For one, have you read the blurb to their story, dead giveaway—hell, the title is a little, and then there’s the tag, you don’t call a book an m-preg and have no male in it getting pregnant.
Max: okay okay, don’t believe I needed all that attitude
Kade: Clearly, you did, or I wouldn’t have given it, arsehole *the end muttered*
Max: anyway…
*Kade took in a deep breath*: Anyway, he ain’t having a good time, and I’m not just talking about the morning sickness, but… well, you may not really see it in his book, but you’ll get a better idea in book 2, he’s just not dealing well.
Max: no he isn’t
Kade: really shouldn’t be laughing at that
Max: neither should you *another pointed stare*
*Kade chuckled*: You all should see Shad running after is little mate, its fucking classic.
Kade: anyway *whipped a stray tear from the corner of his eye* we need your help.
*Max nods enthusiastically*
Kade: You see my mat-- *a grow come from next to him cut Kade off*
*Kade signed, heavy, very put out* my best FRIEND is having a hard time at this pregnancy thing and we *he pointed between himself and Max* thought of giving him a getaway, with or without his mate
Max: Preggo’s choice
Kade: and at the moment he’d be going alone *Kade and Max chuckled between themselves* You’ll see, you’ll see, and let’s face it, since we’re talking this up She Who Owns Us, will have to make sure to put it in.
Kade: ANYway, as we were saying, we want a present but we don’t know what to treat him with, like would he prefer something now, to take his mind off the one thing his mind can’t forget?
Max: at least he’d get a break, which is the point, right?
Kade: right.
Kade: so a present now, just a bit of a trip away, we’ve had a lot of information put on us and we haven’t even really scratched the surface – let alone….we’ll actually I’ll keep some things a secret from you, yeah.
Kade: or should we give him something he’d enjoy more when he’s puppy is out of him?

(Here’s the kicker, you guys actually get to decide. I will write out a short story of your chose. You only get between the two while pregnant (A) or after baby is born (B). You can even give me ideas if you want something specific

This is an interactive series, I will only write anything if there’s interest. So… are you interested??)

For those who are familiar with my book preferences, I am a HUGE HUGE!!! fan of mpreg. When asked why, I have to admit: I WILL NOT SAY WHY!

I just love love love mpreg and author Bronwyn Heeley came up with a story that not only satisfied my cravings for the genre, but written it in such a way that sets it apart from the rest of the crowd.  Let's just say, you'll read why when you do pick this one up. I will not spoil this!

For mpreg lovers, everything you thought and dreamed of, they're all here. And. More. Just. More. The scene stealers are the best, when the author actually addresses the issue of pregnancy. She managed to make me giggle through my own experiences and laugh evilly imagining the worst on a man. Oh yeah!

Oh, more of good news for fans. Don't get disappointed, we are getting more as this is a planned series of shorties sure to whet the appetite and make us drool hungrily for more.

Bronwyn was always the ‘wait until the movie comes out’ kinda girl. This was because reading wasn’t her strong point; the only books she was able to read were Baby Sitter: Little Sister and Paul Jennings anthologies
Add a baby of 2 and another on the way, and she needed a hobby, which she found in books, picking up one opened a whole new world to her, one she never thought was open to her

Posted by multitaskingmomma at 3:09 AM