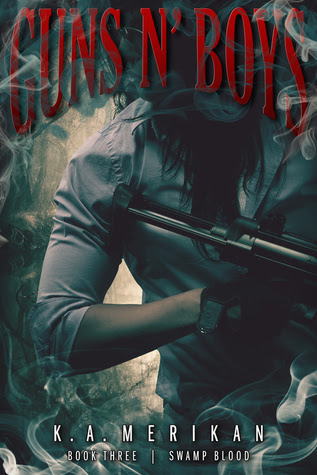 
--- Faking their own death was the easy part. ---
After months of recovering from his injuries, Seth struggles with who he has become. Afloat in a reality he never planned, he tries to find the lost pieces of himself again. Find the purpose, motivation, and strength to get back into shape. He is sick and tired of being a burden for Domenico, who seems to have it all together. When Domenico’s jealousy pushes them into the spotlight of a biker gang with connections to their former mafia family, Seth decides to step up, and make his own decisions, no matter what risks they might entail.
Domenico Acerbi can’t trust anyone. Nightmares of Seth’s torture are still haunting his dreams, and if he and Seth are to leave the country quietly and disappear off the mafia’s radar, he needs to stay in charge and keep everyone under control. What he doesn’t need is Seth giving him attitude, keeping secrets, and distancing himself for no reason. And as if Domenico didn’t have enough on his plate already, Seth forces him to help some hooker. Being stuck in the swamp with a kid hunted by a bunch of bikers is not Domenico’s idea of laying low.

WARNING: Adult content. If you are easily offended, this book is not for you.
‘Guns n’ Boys’ is a gritty story of extreme violence, offensive language, abuse, and morally ambiguous protagonists. Behind the morbid facade, there is a splash of inappropriate dark humor, and a love story that will crawl under your skin.
Review by: multitaskingmomma

I feel like I know these two men personally now and seriously am torn between oggling them, admiring their courage, bravery and audacity and wanting to bitch slap them both for acting like idiots.

In this installment, we get to see Dom turning to a hue of neon green when he mistankenly assumes something that is not. Of course Seth is the one and only who can calm the beast but had to assert his love.

A new boy is introduced and complicates their lives with the, yes, you got it!: Coffin Nails MC. We who are fans of that particular group from another series, obviously love the idea of a member getting entangled with the invinsible Dom.

Sorry, I just can't stop calling their attention. I mean, seriously, these guys are on a rampage! And they are supposed to be in hiding?

This is a truly fast, action packed, highly-emotional-Dom-read. The Merikans have obviously upped their ante on this one. I wonder what comes next with the new addition and the lack of the other?

Dom and Seth are an incredible set of characters. Gorgeous, deadly, unforgettable.

KK, Misses Merikans: when is the next installment???????

Posted by multitaskingmomma at 9:32 PM