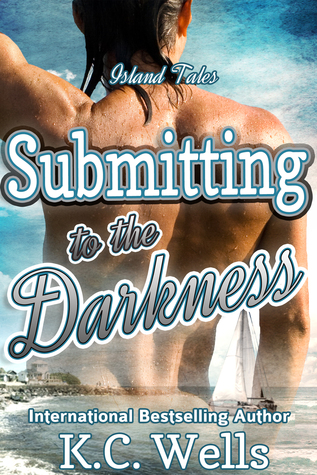 Three weeks after being diagnosed with acute glaucoma, Adam Kent lost his vision. Two months down the line, and he’s left behind his life in London as an author of political history books and retreated to the Isle of Wight, to live in the house he inherited in Steephill Cove. But that’s not all Adam’s left behind him: the trappings of his life as a Dom are packed away into three boxes and stored in his attic. After all, he’s never going to need them again, right? Who’d want a blind Dom anyway?
Paul Vaughan is employed to be a live-in companion to Adam, but his new employer makes it very clear he wants to be left alone. Paul can see Adam is hurting and struggles to help him, even though Adam resists him at every turn. Thankfully, Paul’s friends Taylor, Mark and Sam are there to lend an ear when he needs to vent – and also to try setting him up with a guy or two. It’s not that Paul doesn’t appreciate their efforts, but the guys they keep sending his way are way too… nice. A chance visit to a club had already shown Paul a side to him he’d never expected: maybe his tastes are a little kinkier.
Two events occur to rock Paul’s life: he discovers his boss isn’t as straight as Paul had thought, and he takes a peek into a box…

Okay, I admit it. When it comes to Island Tales series by K.C. Wells, I just forget about life and drop for a good read. It's one of my favorites after all. It helps a lot the characters are so real, and their love stories are toothache worthy. It is Submitting to the Darkness which I can claim as my favorite.

Then again, so was Waiting for a Prince and September's Tide.

It's really hard to choose.

I will settle for: my new favorites. There.

We have a blind main man who lost everything, or so he thought, in just two weeks. Acute glaucoma can cause havoc to the unexpected and being a successful author of political history books, he thought his life was over. Not being able to see his sub reach the peak is a thought that drives Adam miserable. So he moves to the Isle of Wight into a big house that soon proves too much for him to handle. Add in the complication of not knowing where everything is or lies, he injures himself constantly. Getting miserable by the second, he withdraws into himself and pity.

Paul is getting frustrated. He's out of school but he is not getting any job. His father drops the ultimatum of finding one by handing him the ad for a housekeeper/companion. Paul goes in, eyes wide shut. Of course he meets the hard headed and miserable Dom. Could he handle this bearded, injured man?

On a side note: I do so love how the other guys from the series popped in and out to add in their two cents worth of (un)solicited advices. Their contribution to the love life of Adam and Paul was especially endearing and hilarious.