Authors Shira Anthony and Aisling Mancy have teamed up to write a red-hot action-packed thriller!

Sparks fly when Chance meets tall, sexy Xav at a Wilmington bar and they have the hottest one-nighter of their lives. But Chance doesn’t do repeats, Xav seems detached, and they go their separate ways without a word. Two months later, when closeted Assistant District Attorney C. Evan “Chance” Fairchild meets Dare’s Landing’s newest deputy sheriff, Xavier “Xav” Constantine, Evan isn’t only wary. He’s irritated as hell. Xavier is a former FBI agent turned deputy sheriff who is hot on the trail of a South American child prostitution ring. Evan is fighting to put an end to rampant cocaine trafficking and chafing under the thumb of an election-hungry boss. When someone tries to kill the thirteen-year-old witness who holds the key to both their investigations, they’re forced to work together as they put their lives on the line to protect him. As Chance and Xav collide in heat of a sweltering North Carolina summer, dodging bullets and chasing bad guys isn’t the only action going on.

Evan pressed the button on his phone to connect. “Freddy? What did you find out?”
Fred laughed. “For this, I’m going to exact a price.”
“You mean the keg I sprang for at graduation doesn’t get me a freebie?” Evan shot back.
“We’ve been out of law school for how many years now? Eight?”
“Nine this year,” Evan corrected.
“Credit’s no good anymore,” Fred answered. “I’m thinking dinner at Ivy at the Shore next time you’re in LA. On you, of course. Including a bottle of Veuve Clicquot.”
“For that,” Evan said with a chuckle, “this had better be good.”
“It’s good. And it was hell to get.”
“Okay, okay. Dinner on me. Assuming you and Margie put me up for the night,” Evan replied. “I’m looking forward to seeing your McMansion.”
“Deal. Took a little digging. Seems your mystery man did some undercover work for the FBI.”
“And?”
“My buddy in the US Attorney’s office wouldn’t give details, but word is Constantine got fed up with the bullshit after a case went bad somewhere down in South America.”
“Drugs?” Evan asked.
“No. He dealt with human trafficking. Specifically, child sex trafficking. My friend says the guy’s good. He tried a few cases where Constantine was the government’s key witness. Knows his stuff. Works his ass off and gets into his work. I got the impression sometimes he gets a little too close.”
Now that was interesting. “Why?”
“Seems the guy’s rabid about protecting kids.”
“Any idea why?”
“Nothing anyone would tell me,” Fred replied.
Evan leaned back in his chair. At least Xav wasn’t a slacker, but it didn’t make Evan feel any better about the prospect of bumping into him at work. “Anything else?”
“Constantine grew up in LA, went to school in Boston.”
“Boston?” Even more interesting. So much for his initial assessment of Xav as a broceanographer.
“Yeah, you’ll love this.”
Evan could almost hear Freddy’s grin over the phone.
“He did undergrad at MIT. Mathematics major. Master’s in criminology from U Penn with an emphasis in cryptology. The FBI was probably falling all over itself to recruit him.”
No shit. This just got better and better. “What the hell’s a guy with that kind of background doing in North Carolina?”
“I could ask you the same question,” Fred shot back. “Of course, if you decide you want your own McMansion….”
“You couldn’t pay me enough to come to work for you,” Evan joked. Fred was serious—they’d had this discussion a half-dozen times before.
“Try me.” Fred paused for a moment and then asked, “This personal?”
Evan had no intention of telling Fred he’d slept with Xav. “Not personal.”
“’Cause word has it he’s gay,” Fred said. “Out but not advertising.” When Evan didn’t take the bait, Fred added, “But you already knew that, didn’t you?”
Evan shook his head and sighed theatrically. “Don’t even go there, Freddy. You know I don’t mix business and pleasure. I just want to know what I’m dealing with. That’s all.”
“You can’t bullshit a bullshitter, man.”
“Thanks for the help,” Evan said, foreclosing the topic. “I’ll let you know next time I’m out your way. Tell Margie she’s a brave woman.”
“Always do. Laters. And make sure you get your sorry ass out here soon.”
“Will do.” Evan disconnected the call and rubbed his mouth. Mathematics major at MIT and a master’s from U Penn? No wonder the FBI had recruited him. And he’d pegged Xav for a surfer! What the hell are you doing in Dare’s Landing, Xavier Constantine?

About Shira Anthony
Shira loves a great happily-ever-after and never writes a story without one. She’s happy to write what her muse tells her, whether it’s fantasy, sci fi, paranormal, or contemporary romance. She particularly loves writing series, because she thinks of her characters as old friends and she wants to visit them even after their stories are told.
In real life, Shira sang professionally for 14 years, and she currently works as a public sector attorney advocating for children. She’s happy to have made writing her second full-time job, even if it means she rarely has time to watch TV or go to the movies.
Shira writes about the things she knows and loves, whether it’s music and musicians, the ocean, or the places she’s lived or traveled to. She spent her middle school years living in France, and tries to visit as often as she can.
Shira and her husband spend as many weekends as they can aboard their 36′ catamaran sailboat, “Lands Zen,” at the Carolina Coast. Not only has sailing inspired her to write about pirates and mermen, her sailboat is her favorite place to write. And although the only mermen she’s found to date are in her own imagination, she keeps a sharp lookout for them when she’s on the water.
Shira looks forward to meeting you at Gay Rom Lit!
Find Shira on blog, Twitter @WriterShira, Facebook, and Goodreads andSubscribe to Shira’s monthly newsletter for updates, free fiction, and subscriber-only contests!
About Aisling Mancy
Aisling is an author who lives, most of the time, on the West Coast of the United States. Aisling writes adult fantasy, adult LGBTQIA romance, and fiction for gay young adults (C. Kennedy).
Raised on the mean streets and back lots of Hollywood by a Yoda-look-alike grandfather, Aisling doesn’t conform, doesn’t fit in, is epic awkward, and lives to perfect a deep-seated oppositional defiance disorder. In a constant state of fascination with the trivial, Aisling contemplates such weighty questions as If time and space are curved, then where do all the straight people come from? When not writing, Aisling can be found taming waves on western shores, pondering the nutritional value of sunsets, appreciating the much maligned dandelion, unhooking guide ropes from stanchions, and marveling at all things ordinary.
Aisling looks forward to meeting you at Gay Rom Lit!
Find Aisling on blog, Twitter @AislingMancy, Facebook, Goodreads, and Aisling does respond to emails because, after all, it is all about you, the reader 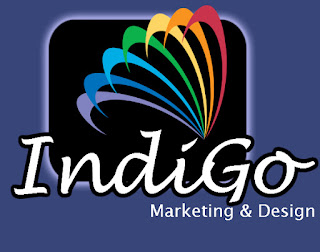 Posted by multitaskingmomma at 1:37 AM