Spend a year with the creatures that go bump in the night…fighting for their rights to exist and protecting the innocents of The Big Easy. A diverse group of friends trying to find their place in a world they never had to “fit” into before.Although each series can stand alone, we believe reading the books in the order they are released will increase your enjoyment.

Round Five
**Dead Money (Jack of Spades: 5) by Lee Brazil 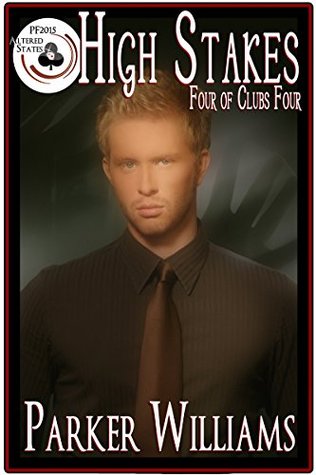 Ben Nelson marvels at the resiliency of his lover, Artie Middleton. He takes everything life throws at him and comes out the other end stronger than ever. It’s with this strength in mind that Ben tosses Artie a curveball that will change both of their lives forever.   A single question from Ben’s lips has Artie rushing headlong toward his happily ever after. One that he never thought he’d have and is now being served to him on a silver platter. He has it all—friends, family, and a future. But even a gifted psychic can’t see everything, and Artie is about to get a wakeup call.   Things he thought to be true about his past aren’t as clear-cut as he believed. His history with some of the people in his life runs deeper than he realized. And he’s about to learn a previously unknown threat from his childhood has returned to rip it all away.   Artie soon finds that in this game, the stakes couldn’t be higher: the lives of everyone he loves.

After this read, there is a sense of shock as well as loss. No, I refuse to spill what this is all about. Let's just say, Parker Williams kind, KINDA!, broke my heart. Then again, it is because he broke it that I get to see there is a movement in the almost status quo that has plagued the guys of Pulp Friction. They learn a lot of things, the sense of evil is palpable now and worse, the impending sense of doom is  getting worse.

This is a suspense-filled read and it sets the course for the rest of Round Four. Details are few and sometimes mind-boggling but it all settles down at the end. I have to note, however, Williams did apologize for what he did here, and I forgive him.

It was a necessary evil. Even if I do hate him a bit.

Now for the next book... 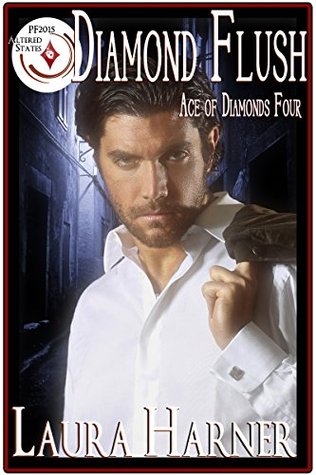 For Alpha Jet Gorman, discovering the origins of his pack’s newest members has provided more questions than answers. Like why would someone deliberately expose the existence of supernatural beings to the human world through in vitro fertilization? And more importantly…cui bono? Who benefits most from the Revelation? With the threat of betrayal a constant presence running through the Vieux Carré, at least Jet can count on Nico to have his back.
Ancient vampire Nico Sanzio da Urbino has been given an order to kill a werewolf—not unusual given his job as an enforcer. The problem lies in the fact the targeted Alpha is often in Nico’s bed—or vice versa—and may just be that elusive soul mate he has never quite believed in. Not to mention Jet’s blood fairly sings through Nico’s veins. Caught somewhere between the Paranormal Odd Squad, the all powerful Vampire Council, and a promise to his oldest friend, Nico must make a choice before someone realizes he hasn’t carried out his orders—and takes the matter out of his hands.
With the New Orleans preternatural population continuing to increase at an unnatural rate, the local Alpha and the Odd Squad’s chief enforcer should have their attention focused on maintaining the human-to-super status quo, but with things between them at an incendiary high, their mutual distraction could prove deadly—for everyone.

Sigh. Okay. Okay. This is a difficult read. Nico is made to make a choice and wants to hide any details regarding that choice from the rest of the pack, especially Jet. They have been lovers for some time now and no matter they don't say it, these two have fallen in love with each other it's kinda sweet as candy crush.

Thing is, Nico is now made to choose. The choice is difficult. Who makes him choose is really what makes his undead life complicated. Should he do it? Can he do it? Can he even refuse it? What happens when he decides otherwise, can he stop it?

Laura Harner made my life difficult. She made a truly romantic book into a ridiculously frustrating read full of mystery and complicated choices to decide among.

Tsk tsk... if Williams broke my heart, Harner kind of freaked me out.

Yes, it is that bad!

Then again, this sets the course, a different one, for the fourth round. 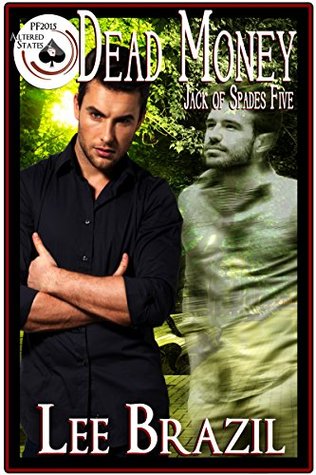 Barton Montoire's fragile hold on his emotions is worn thin by exorcisms and fear. Even though he's beginning to realize the full potential of his abilities as a ghost, he has no power to stop his lover's plot to end the darkness that has threatened their relationship for close to a year, not with all their friends in the line of fire. In all of time, there have existed few men who transcend the bonds of life and death, who see the spirits as clearly as the living. These men possess the ability to summon others, creating doorways between realms, physical and metaphysical. A dusty tome written in cryptic language reveals terrifying secrets, but with a little help from his friends, Sabine Brusilov knows what must be done. For the good of humanity and supes alike, he must call forth the shadowy demon, leading it into a trap. Unfortunately, talent is not skill, and the ability to summon cannot be mastered by taking a class or two and scouring the internet for information. With Bart at his side and his friends at his back, Sabine brings talent, skill, and strength of will to battle evil before it can join the gathering forces of darkness that menace New Orleans. With dead money on the table, is love enough to take the hand?

But I love you too!

Okay, so the course had been set in Round Four and now its Round Five and it is complicated. This is the last round, and this book by Brazil just gives us a feel of how this whole Pulp Friction phenomena ends.

It will be more than a BANG! readers. Let me tell you!

Sabine has to do the unimaginable and thinks he will succeed. Bart looks on the sidelines and attempts to help. Can he help? Can he stop whatever course is set? That final course?

Will they get their HEA?

Dang! Lee Brazil! You made the inevitable the ultimate HEA ending!

ooops, sorry for too many !!! This was a shocking read.

Get these and read! While I anxiously await the banging endings to Pulp Friction.

Note: eARC copies provided for by Pride Promotions in exchange for an honest review.

Posted by multitaskingmomma at 3:18 AM