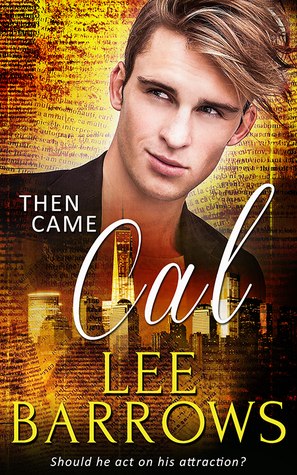 Sean Hutchins is having the worst day of his life…
After losing what he thought was his dream job, Sean Hutchins walks away to suddenly find not only his professional life, but also his personal life, falling apart. Seeking comfort in his best friend Cassie, the last person Sean expects to run into is Cassie’s big brother—and Sean’s long time crush—Cal.
Cal is supposed to be on vacation visiting his baby sister, not babysitting her and her best friend, Sean. And he definitely is not supposed to be staring at Sean’s hot ass. But after spending some time with the guy, Cal finds himself having confusing feelings for him.  Should Cal act on his attraction? And can Sean find a way to put back the broken pieces of his heart and his life?

My Rating: 4 of 4 Stars
(Based on Short&Light Read Category)

Then Came Cal is a story of how two men finally get their chance at happiness in the midst of one of the most depressing days for one.

Sean is young and just graduated. He wanted to strike it out on his own and make it. He gets the dream job right after graduation but six months later, he losses it to bureaucracy and a lousy economy. What's new right? It's happening everywhere these days. However, when he walks into his home, now what he sees is not a common thing. It also makes the day even more unbearable. Who does he turn to? His BFF Cassie of course.

Cassie opens arms and home to a heartbroken and traumatized Sean. She just has to kick out older brother, Cal, first. Then again, Cal goes and sees firsthand just how bad Sean's situation is. Something clicks in the middle of misery and this is when the fun begins.

Well, not so fun as romantic. This is a really good short read and the angst is there but not in your face to overwhelm this light read. Cal comes to the rescue and Sean finally realizes his fantasy in getting Cal to come to his rescue. The two reach out for each other under the knowing eyes of Cassie.

When Cal came, Sean knew happiness. Just as he deserves to have.

Want a feel good read? This is it.