Warren Blake is an accountant at the pinnacle of his career. After accepting a new position he decides to settle in the scenic Cotswold village of Walmsley Hackett.  A village with a colourful history of myth, old wives tales and mystery.One morning during his train ride into work, Warren notices a small quaint church which he becomes enchanted with. Curiousity compels him to find the church and when he finally does, he discovers an unmarked grave in the corner. Feeling sorry for its occupant, Warren becomes a frequent visitor.Little does he know that the young man inside the coffin needs a champion and Warren is chosen.What follows involves a ghostly medieval joust, witchcraft, love, and Warren risking his life.

I love my fairy tales and ghost stories. Then again, I truly love literature, especially Ivanhoe by Sir Walter Scott. I read the original text back in high school and I just fell in love.

What has that got to do with Secret of the Manor? A lot!

Warren Blake is one of those lucky bastards whose career success gives him the option to retire at forty. He had planned, he worked hard, he made amends where needed, looked at life with eyes wide open, and worked his arse off. (Sorry for the language folks, but I have to address those who cannot comprehend retirement at forty.) His plans worked to his  advantage and now he has another set of plans in the works.

Buy a house in a quiet, little town and bide his time. It worked until he spies a picturesque  little church, stumbles upon an unmarked grave and gets thrown into a dimension that ruins his plans for the future.

Warren finds himself in a time trap where he is a knight and is the chosen champion to save someone he knows nothing about. To top it off, a dratted swan is making his life in the past and present times frustrating. Also, he apparently has to learn how to wield a lance to survive a joust. His warhorse is willing and able, he is just too modern to fight properly.

Wait! Hold on! What is going on?

The humdrum life of Warren is suddenly thrown into a dimension of paranormal proportions. As typical of Clavelli, the slow build up and the vivid imagery gets the readers to a place in their minds that reminds  so much of Ivanhoe but with a paranormal twist in the form of a witch's curse. Where is the romance? Well, you have to read it, right? Not only is the other main character the unlikeliest introduced, but he is also not the ghost.

Clavelli has this art to her storytelling. It is a different approach than what most are used to, but there is a reason to the pace and once everything is laid bare, only then can you realize the beauty and mystery of her tale. There is a whole lot going on and briar roses are just one of them.

Note: Just like her previous story, Dakota Skies, there is a characterization in the horses involved. Horse lovers out there, you'll be surprised with just how these tales revolve around the horses. 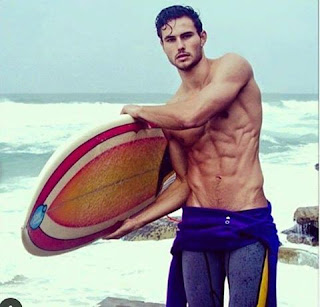 
Seriously! You have to ask?

Suddenly, a patch of mist marred his path, and Warren shivered. It was as if the droplets of water were crawling over his skin, tasting it, testing it. A sweet fragrance filled his nostrils, and he was sure he could hear the vapour hiss as it delved beneath his collar. A small branch came out of nowhere and thrashed Warren’s face, but he kept going. The fog enveloped the scratch, which stung like tiny needles plucking at his flesh before the pain disappeared, soothed into non-existence.

Argo stopped, rigid, and puffed loud and deep, his ears twitching in all directions. Warren could feel the rise and fall of his steed’s chest under his legs and was afraid to urge the beast anywhere until he settled. Warren breathed deep, too. Something was ahead and he had no idea what it was. His arms shook from adrenaline, and a bead of sweat ran from his brow.

Thump, thump, thump. His heart stuttered, torn between turning tail and forging on.

Argo’s ears abruptly focussed forward. Then he snorted and surged ahead. Warren ceased to be the master and became a passenger. Argo seemed to know where he was going. It was as if Warren were on a train with a single-track line, and someone had removed the brakes.

Argo puffed in excitement and upped his pace. It was all Warren could do to hang on.


With a whinny and a rear, Argo announced his presence. His front legs pawed the air. Warren clung to the saddle and prayed.


Taylin Clavelli lives in the United Kingdom, about 15 miles south of Birmingham, and a short journey from the world famous Cadbury’s Chocolate factory. She’s married with children and loves her family with all her heart.
Her love of books has been a long standing affair, with Taylin liking nothing better than to lose herself in an imaginary world.
Until she met Lily Velden, she never considered trying her hand at writing. However, after talking ideas, Lily encouraged her to put pen to paper—or rather, fingers to keyboard. Since, with a few virtual kicks in the right place, she hasn’t stopped. Her confidence eventually led to her writing an original work for submission.
Her first published work was Boys, Toys, and Carpet Fitters, developed for the Dreamspinner Press Anthology – Don’t Try This At Home.
Now she absolutely adores immersing herself into the characters she creates, and transferring the pictures in her brain to paper, finding it liberating, therapeutic, and wonderful.
Outside of writing, her interests include; martial arts (she’s a 2nd Degree Black Belt in Taekwon-do), horse-riding, all of which facilitates her love of a wide variety of movies. Her action heroes include Jet Li and Tony Jaa—finding the dedication these men have for their art combined with their skill both amazing and a privilege to watch. If pressed, she’ll admit to thinking that the screen entrance of Johnny Depp as Captain Jack Sparrow in the Pirates of the Caribbean – Curse of the Black Pearl, and Shadowfax in LOTR, to be the greatest screen entrances ever. Her all-time favorite movies are Star Wars and Lord of the Rings.
The simple things in life that make her day, putting a smile on her face are:
Laughter – especially that of her children.
The smell of lasagna cooking – it makes her mouth salivate.
The dawn chorus – no symphony ever written can beat the waking greetings of the birds.
Social links:
Website: http://www.taylinclavelli.com
Facebook: https://www.facebook.com/profile.php?id=100005234535413
Twitter: https://twitter.com/taylinclavelli