Review Request: Pulp Friction: The Devil's Due by Parker Williams & Under the Gun by Havan Fellows


Spend a year with the creatures that go bump in the night…fighting for their rights to exist and protecting the innocents of The Big Easy. A diverse group of friends trying to find their place in a world they never had to “fit” into before.Although each series can stand alone, we believe reading the books in the order they are released will increase your enjoyment.

Round Five
**Dead Money (Jack of Spades: 5) by Lee Brazil
**Under the Gun: King of Hearts Five by Havan Fellows
**The Devil's Due by Parker Williams 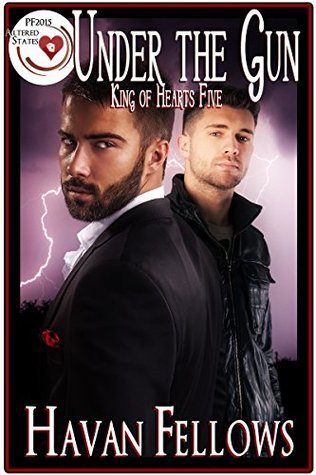 In a world where supernatural creatures openly exist, who can blame them for coalescing in one of the most fascinating and erotic places on earth? Welcome to New Orleans.
A sex demon no longer interested in feeding just for the necessity of it.
Laurant is secure enough in his demonhood to admit to the few flaws he has, such as mouthing off to the wrong people and ignoring warnings from his dear old dad…but he isn’t quite ready to fess-up to his latest self-revelation. He doesn’t want to feed from any other person or supernatural but the mystery man who is no longer a mystery. Unfortunately, it seems there are other people who want Gun for themselves, and Laurant might not be strong enough to keep him.
They say you can never go home…what they didn’t mention was that trying might be the death of you…
Gun finally knows who and what he is…now he needs to find out why. He’s been commuting between New Orleans and his hometown in Maine for the past couple of months in search of answers, and all he’s found out is that half the population is afraid of him and the other half wants him dead. He longs for the simpler times in life when all he had to worry about was beating off an incubus’s advances and who had the king of hearts to complete his flush. Now he’s fighting against human police and supernatural creatures alike…and the winner takes all.
Gun needs to come to terms with who he was to figure out who he is. Laurant needs to decide if he will stand beside whichever Gun prevails.
May the real Gun please stand up.

Gun's coming on his own, his power has resurfaced but to what end? He is torn between who he was and who he is now. The loss of memory has changed him drastically. And then there is Laurant. What does he do with the demon who does love him?

Well, this is the end of Pulp Friction 2015 and Gun has to come out or lose everything.

This did not make me cry, but I did sob, once or twice, especially when Gun came to realize who he really is and had his HEA with Laurant. I feel happy for that lovable demon, no matter what he is. He's Artie's and Sabine's friend who risks all for them.

This is the final installment to Gun and Laurant's story and it truly closed their tale. I cannot spoil anything for the plot is thick and the mystery deep. Read Read Read and discover how they both reached their HEA.

This was ridiculously good. 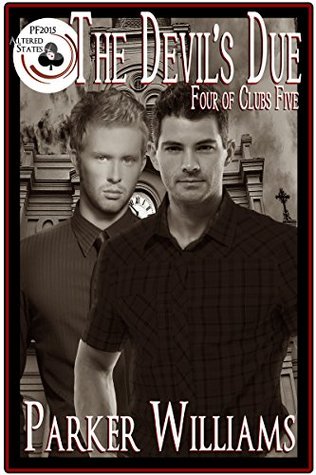 Artie Middleton and Ben Nelson have faced everything thrown at them and come out stronger individually and as a couple.
They’ve lost friends, and learned the painful lesson that nothing good comes without a price. Now, Artie’s unwitting part in an insane plan to destroy all supernatural beings has pulled him front and center into a battle for survival.
When Ben becomes a pawn in the scheme, Artie must decide what he’s willing to risk to protect his family. It’s a question that must be asked when the devil finally demands his due.

I did not sob. I cried. Damn Parker Williams for making me cry. Well, that is a complement as this was so good!

So Artie now has his soul complete but it may not be good for him. This only makes it easier for the demons to find and use him. Ben is away and is discovering more information regarding their foe, again I cannot and will not spoil. He wants to be beside Artie for something is pushing him back to his man.

Of course, there is the complication of the bebe who is making things known to one and all. But that is another story that you have to read on your own.

Artie wants to be complete and that means having Ben at his side. His nightmares are not helping, because the demons are using his dreams to get to his psyche.

What goes down is a fight between good and evil, love and hate, unconditional love and pure manipulation. This is such a super ending to what has fast become a fantastic Pulp Friction year.

Note: eARC provided by authors for an honest review. This is all honest. Honest, this series is frikkin good!

Posted by multitaskingmomma at 6:06 AM