Review Request: What Happens At Christmas by Jay Northcote 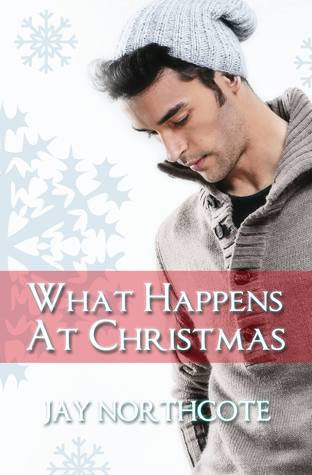 When two friends pose as boyfriends, could what happens at Christmas turn into something more?Justin is recently and unhappily single. Christmas is coming, and he doesn’t want to face his ex alone at their office party. So Sean—Justin’s best mate and long-time secret crush—volunteers to go with him and pretend to be his new flame.Sean has always lusted after Justin from afar, but there’s never been a good opportunity to ask him for more than friendship. Posing as Justin’s boyfriend isn’t a chore, and if Justin wants to rebound onto him, Sean’s more than willing. At the party pretence and reality blur, and a kiss on the dance floor leads to a night of passion.In the aftermath, they both assume it was a one-time thing until fate intervenes. Stuck together in London over the holidays, they give in to temptation again. But what happens at Christmas stays at Christmas... right?

Review by: multitaskingmomma
My Rating: 4 of 4 Stars
(Based On Short&Light Read Category)

After all the drama in the real world, a blast of rich, dark chocolaty goodness that is What Happens At Christmas is the best thing to happen to me. This just made me drool and sigh in romantic bliss dome.

Justin needs to go to a required Christmas office party but he just broke up with his cheating ex who may just come with his latest paramour. Justin does not want to go but he knows it's a must. Must he?

Coming to the rescue: BFF Sean.

Sean had wanted Justin for so long but the time was never right. When he discovers Justin's predicament, he knew he better do something fast before some other idiot claims Justin's heart. So he volunteers and plans the mischief. Pretending is easy, especially when the pretense is, in fact, real.

Oh this was naughty and nice, everything a Christmas romance should be. Love this little story by Northcote who came just at the right moment to iron out the wrinkles of life.

Want to smile and dream? Recommend you one click :D

Note: eARC provided by author for an honest review which was a blast to do :D This is uber delicious!