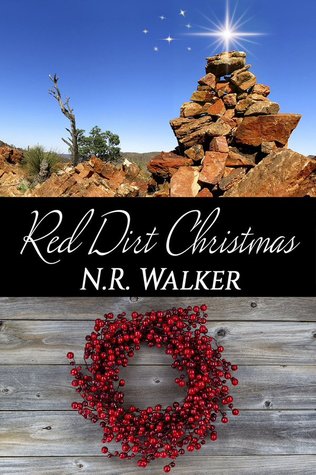 Travis had been here for just over a year. We were technically engaged, not that we’d told anyone. He was happy just knowin’ I’d said yes, and I had some head-clearin’ stuff to work through. Knowing I was good enough for Trav was one thing, but knowing if I was good enough to be a husband and father was somethin’ else entirely. Life at Sutton Station had never been better. Business was strong, Trudy and Bacon’s little baby, Gracie, was a few weeks old now and as cute as a button, Ma’s health was good, and my relationship with Laura and Sam was in a pretty good place. And Travis? Well, life with him was still all kinds of perfect.But, to Travis’s dismay, Christmas at the Station was just another day. Another day of getting up before the sun, feeding animals, fixin’ what needed fixin’, and checking water troughs all while tryin’ to keep out of the blistering heat.And this year weren’t much different. Only that it was Travis’s first Sutton Station Christmas. The fact we didn’t go all out with decorations and celebrations baffled him, and if I was bein’ truthful, it disappointed him too.Which was why I had to make it a special kind of Christmas…


My Rating: 4 of 4 Stars
(Based on Short&Light Read Category)

Red Dirt Christmas happens between the third and fourth books. It is Christmas and Travis is lost. For one thing, it's in the middle of summer, and another, apparently this is one holiday that is skipped over in Sutton Ranch. It is bewildering for the Texan and it does not help he is getting no help from anyone. Truth be told, no one's doing much. Also, no gifts?
Charlie has something up his sleeve and he does everything he could to circumvent any suspicions from Travis. The present he is planning is soon arriving and everything else must be just perfect for his lover.
This is nostalgic. It is a holiday book but the whole going back in time and we had said goodbye on the fourth book. Seeing the love between Charlie and Trav once more made me smile, but sadder. Will there be a 4.5? I hope so but I doubt it. NR Walker said it's over. At least we get to celebrate Christmas with the two men once more, even if it means a second goodbye.