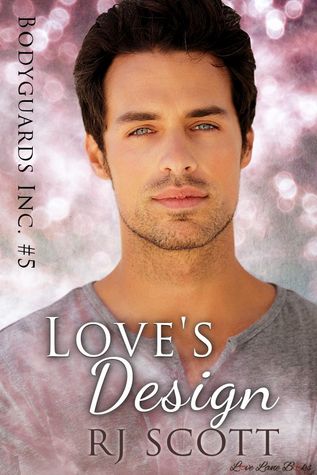 Can Christmas be the time when Kirby finally stops running and allows himself to fall in love with the man who saves his life?

CIA Agent Stefan Mortimer is cooling his heels in the UK until he can go home. Taking on easy assignments with Bodyguards Inc. seems like a good solution to keep him sane. He's used to life throwing him curveballs, and it’s just another day at the office when he rescues Kirby Devlin and his niece and nephew. Now he has to keep Kirby and the kids alive and stay professional.

Kirby Devlin has one priority; keeping his small family safe. On the run, and facing danger at every turn, Kirby finally runs out of places to hide on a snowy December day at Edinburgh airport. Stefan comes to the rescue, saves him and the children. Is it possible that Kirby finally has someone to trust?

Now, if only it would be as easy for Kirby to trust Stefan with his heart.

I am a huge fan of the Bodyguard series by RJ Scott. This latest installment focuses on Stefan Mortimer.  If you've read Undercover Lovers (Bodyguards Inc. #4), he was assigned to guard a geneticist and find a missing formula.

He who stumbles into a situation he could not get away from. Of course he could very well ignore  but he is not one to leave things alone, especially when his gut tells him it is something he could stop. He butts his head and hand in and lands himself a man on the run with two kids who are older than their below seven years imply.

Kirby had been kicked out by his parents when he came out to them and lost contact with his younger brother. He managed to scrape by life using his brain and body. He is a survivor and is strong of mind. Landing two children he never even knew existed much less be related to was a surprise. Running for his life two kids in tow is unexpected. Dangerous men are after him and nephew and niece. It's a good thing his savior is in the form of a hunky CIA agent.

Stefan and Kirby hit it off right from the start, but not in a romantic way. They both run with the children and into the safe haven of a Bodyguard Inc. safe house. As they await news and development, they find out just what the spirit of Christmas is about.

This is a lightly written romance and such a delight to read. It was especially awesome to read Kyle and Ross once more who play minor but truly important roles.

Posted by multitaskingmomma at 11:56 PM