I've kept this secret for so long, it's almost killed me!  But it's finally here. My 2015 Christmas story cover for the world to see!!  (I'm so excited it's ridiculous)
Publication date: 11 December 2015
That's right, folks. We're off to the Outback for Christmas this year!! I can't tell you how much I loved visiting these boys again. I found the cover images and sent them to the fabulous Sara York and almost cried when I saw how gorgeous the cover turned out. It suits the series PERFECTLY. Now you know why every part of the cover had to be a secret! If I showed one corner, or gave any hints, ya'll would have guessed it straight away! —NR Walker

Blurb: Travis had been here for just over a year. We were technically engaged, not that we’d told anyone. He was happy just knowin’ I’d said yes, and I had some head-clearin’ stuff to work through. Knowing I was good enough for Trav was one thing, but knowing if I was good enough to be a husband and father was somethin’ else entirely.
Life at Sutton Station had never been better. Business was strong, Trudy and Bacon’s little baby, Gracie, was a few weeks old now and as cute as a button, Ma’s health was good, and my relationship with Laura and Sam was in a pretty good place. And Travis? Well, life with him was still all kinds of perfect.
But, to Travis’s dismay, Christmas at the Station was just another day. Another day of getting up before the sun, feeding animals, fixin’ what needed fixin’, and checking water troughs all while tryin’ to keep out of the blistering heat.
And this year weren’t much different. Only that it was Travis’s first Sutton Station Christmas. The fact we didn’t go all out with decorations and celebrations baffled him, and if I was bein’ truthful, it disappointed him too.
Which was why I had to make it a special kind of Christmas…


N.R. Walker’s Bio: N.R. Walker is an Australian author, who loves her genre of gay romance.She loves writing and spends far too much time doing it, but wouldn't have it any other way.She is many things; a mother, a wife, a sister, a writer. She has pretty, pretty boys who live in her head, who don't let her sleep at night unless she gives them life with words. She likes it when they do dirty, dirty things...but likes it even more when they fall in love.She used to think having people in her head talking to her was weird, until one day she happened across other writers who told her it was normal. She's been writing ever since...
N.R. Walker’s Internet Links:
nrwalker2103@gmail.com
Facebook timeline
Facebook Page
Twitter: @NR_Walker
Giveaway: Hop over to my blog here and tell me your best Christmas memory to enter the draw to win a copy of Red Dirt Christmas. Draw closes 11th December at 9am EST.
Teaser:
Travis chuckled and nodded toward the lounge room. “I finished the tree,” he said and disappeared through the open doorway. I followed him to find the pine tree he’d brought in earlier now covered in tinsel, ornaments, and baubles. “I know you think the whole Christmas thing is kinda silly, but—”
“I love it,” I said. “The tree. I mean, I love what you’ve done to it.”
“I didn’t have much to work with,” he said. The corner of his mouth pulled down in a frown. “And it was all pretty old. I hung up all the things you made as a kid. I just wanted to do something.” He shrugged again. “I mean, it’s Christmas.”
“Trav.”
“And I know you guys aren’t big on the whole festive thing out here,” he said. “But I just thought it’d be nice, ya know? It’s Gracie’s first Christmas. Granted, she’s only four weeks old but that’s not the point.”
“Trav.”


“It’s about building memories, Charlie,” he said softly. “Family memories. Not just with everyone here, but our family. Ours start now. This is our first real Christmas too and I just thought it might be nice if you, you know, thought it was special too.” 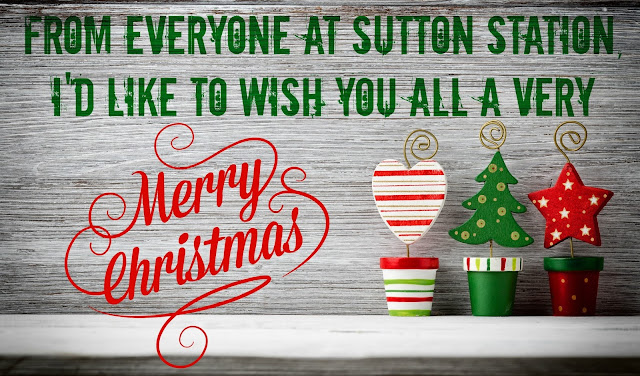