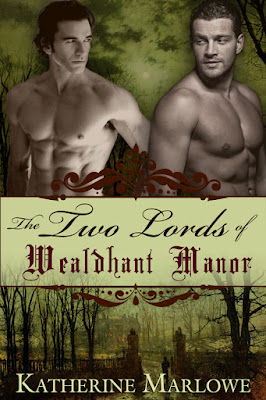 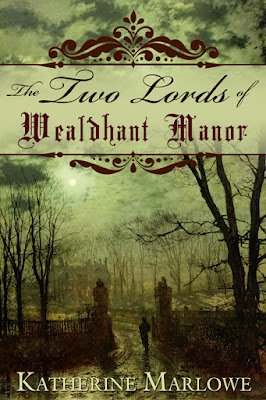 Algernon Clarke risked everything investing in new technologies, but the collapse of his investments has brought him to the brink of ruin. Just when he thinks debtor’s prison is inevitable, he receives a visit from Mr. Sutton, railway solicitor, with paperwork to indicate that Algernon is the long-lost heir of Wealdhant Manor. The railway needs a portion of Wealdhant lands in order to lay their locomotive tracks, and Algernon is in no position to look a gift horse in the mouth. He accepts the inheritance at once, heading off to settle the railway’s affairs.
The situation he finds in distant Lincolnshire is far more complex than he was led to believe, and Algernon is soon at odds with the gruffly handsome groundskeeper whom the village folk refer to as “Lord Jasper.” As the railway’s deadline approaches, Algernon struggles to forge an alliance with Jasper Waltham, to protect the people of the village, and to make peace with the restless ghosts of Wealdhant Manor. Clean romance, no cheating, standalone novel.

The Two Lords of Wealdhant Manor is a story full of angst and misunderstandings from those who are living and from the dead. There are two stories going on here, the romance between the two lords, the one proclaimed and the other not; and then there is the mystery of the ghosts that haunt the manor.

Algernon is a victim of circumstance though I would call it a lack in judgement as was common of the times. He is destitute but is still on the mental set he has the money and privilege. Even his manservant stays loyally at his side. When he is declared the Lord of Wealdhant, he rushes off to lay claim to the opportunity. When he gets there, his settling in as Lord is not as accepted as he thought he would be. For one thing, there is 'Lord Jasper.'

Lord Jasper is the groundskeeper of the manor. Not only does he take care of the grounds, he also takes care of the people. When Algernon steps in as lord, tension clashes and misunderstanding lead to a whole lot of conflict.

Then there are the ghosts who just manage to complicate an already complicated situation. Nothing is helping Algernon and Jasper sort out their lives and rising attraction to each other.

Set in the day and age when homosexuality meant death, this is a ghost story/romance between two men who fight it out tooth and nail to lay claim to a heritage one of them truly deserves. How they settle it is the true conflict and it may just well destroy both of them.

This is an mm romance yes, but this is also historical fiction. There are a lot of things revealed here that will put a damper on those who think the past is better than the present. If you like historical fiction with an mm twist, then this is for you. The ghosts just managed to make things more interesting.

Note: eARC received in exchange for an honest review. 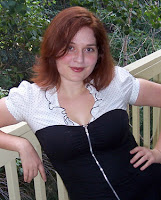 Katherine "Kitty" Marlowe is a writer of m/m historical romance novels and novellas. She has a degree in Classical history with a specialization in LGBTQ history, and can very easily be distracted into lengthy discussions on marginalised orientations and gender identities in dozens of different historical eras and subcultures.

When she isn't writing novels and novellas about handsome men smooching and living happily ever after, she is usually baking, hiking, or fighting eldritch deities in Arkham.

To get a chance to win an ebook copy of The Two Lords of Wealdhant Manor , leave a comment below and don't forget to leave your contact email address.
We will randomly pick 1 lucky commentator and Katherine Marlowe NAME will email them their ebook version of choice.
To claim prize, we will be sending an email to the address provided by the lucky commentators. Don't forget to tell us what format you prefer.