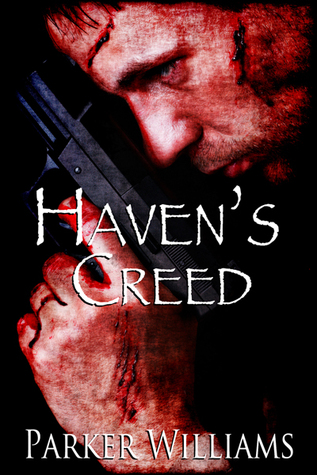 An act of violence destroys his family and ends the life he knows. To escape his haunted past, he joins the military, where, as a sniper, he is trained to kill with precision and detachment. When a covert organization offers him a new purpose, he becomes Haven, an operative devoted to protecting the innocent when he can and avenging them when he cannot.
After ten years of battling the evil in the world, the life no longer holds the attraction or meaning it once had, and he’s ready to walk away. Then he meets Samuel, a young man forced from the age of twelve to work as a sex slave. If ever a man had a need for Haven, it is this one.
Yet nothing about this growing relationship is one-sided. Sammy gives Haven a stability he’s never known, and Haven becomes the rock upon which Sammy knows he can depend.
When Sammy reveals something about the enemy Haven has been hunting for months, Sammy fears it will destroy what they’ve built and he’ll lose his home in Haven’s heart.

Review by: multitaskingmomma
My Rating: (5 of 5 Stars) 5
The Multiplier Rating Takes Effect

Rare is it when I stumble into a blurb and scramble for a copy to read. This is what happened with Haven's Creed. The blurb was teased and I just jumped. There was something about how it was worded that made me take immediate notice. The author is good, one of my favorites in fact, but I've never rated him higher than a four or five stars. With Haven, he just about outdid himself and basically sucker punched this reader.

WARNING! Haven is an assassin. If you cannot understand that particular word, look it up. It means he is a killer. A hired killer. He kills people. Get it?

But Haven is a good man. In fact, he cares too deeply after having been through a life that never stopped giving him a break. It wasn't until he got recruited into an agency that took down sicker than sick people did he find his purpose in life.

He is an avenging angel. Don't like that description, look up again. He is an assassin. His creed: retribution.

Haven has killed so many times and saved thousands in the process. His mission is to take out from this world men and women who destroy children and young people with futures. Futures that are snuffed out in the most brutal and enslaving way. The children are lucky if they end up dead. This is the purpose of Haven.

Haven is drowning. He stumbles upon a victim so strong willed and unwilling to give up on the joys of life he gets confused. How could a sex slave be so emotionally strong? How come he is not giving up? That man is Samuel.

Samuel had been a sex slave in chains for more than a decade. When he is freed by Haven, he latches on to the hero and immediately falls in trust of him. In Haven, he finds the strength to continue loving life. Not forget his past traumas, but celebrate the new life with Haven.

Samuel is a conundrum. No one could figure him out. How he is the way he is, confuses everyone but himself. It is this strength that Haven latches on to. He finally finds his match, that man who can keep him on the sane track and continue to be the hero that he is.

This is not a superhero story, neither is this a blooming sweet romance. It is filled with angst and drama, but it is also full on love. Two men leaning on each other and finding a different  kind of strength so they can go on in life that is far from rosy.

Haven's Creed is a book about an assassin who finds love with the most unlikely man.

Do not read if you don't like assassins for Parker Williams did not give this the kid glove treatment. This is brutal, honest, and cruel. For those of you who don't like retributivist books, this is not for you. Heed my warning.

Overall: one of the best action-packed books I have read and Parker Williams has ever written.