On tour for No! Jocks Don’t Date Guys, Bloggermomma Wade Kelly is taking over the top slot for the blog today. Check out her post and don't forget to join the #Giveaway she has set up for you.

Stop #4 in the Blog Tour for JOCK 2 No! Jocks Don’t Date Guys. Thank you all for stopping by!! JOCK 2 is the much anticipated sequel to My Roommate’s a Jock? Well, Crap! 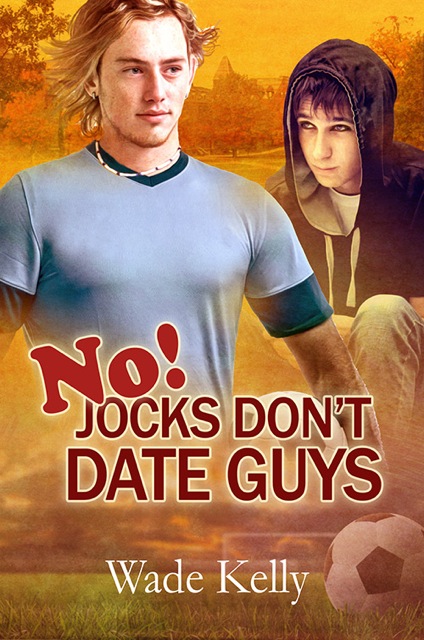 What is a sexy soccer stud supposed to do when “following family tradition” falls 180 degrees opposite his closeted ideal? From birth, Chris Jackson has been schooled on how to land a cheerleader. After all, his father married one, and his father’s father before him. Heck, even his older brother married a stereotypical cheerleader the summer before Chris went off to college. For two years, Chris dodges invasive questions about relationships by blaming his lack of female companionship on grueling practices and heavy coarse loads. But his lack of interest in girls should’ve given his family a clue. It isn’t until Chris mentions meeting a boy that his father’s synapses short-circuit. Alonzo Martin is anything but a buxom blond. From his black hair, combat boots, and trench coat to his nail polish and guyliner, the mysterious introvert isn’t easily persuaded to date. Alonzo’s insecurities keep Chris at arm’s length, but Alonzo’s painful past might meet its match in the charismatic jock’s winning smile and sense of humor. When opposites attract, only cheerleaders and gummy bears can help overcome fear and family tradition.


If you attended GRL in San Diego, and sat in on the panel I was on “Wheel of Destiny” then you were made aware of those keys information points that every story has. Things like: names of characters, where they meet, a plot twist, and…. WHAT IS THEIR JOB! This blog stop on my tour is about all the jobs I gave my characters and how they relate to me.

I came up with the idea of doing blog posts that didn’t have excerpts because some readers don’t like to read spoilers. So in the attempt of NOT spoiling it for people (too much), I’m writing about writing! All aspects of Writing What I Know!

As the title says, I am writing about JOBS! Everyone has to have some sort of job, right? Even college students have that job of being a student.

In the original JOCK, My Roommate’s a Jock? Well, Crap!, (during my self-indulgent moment when I wrote the one chapter from the mom’s POV) I talked about her feeling of failure in reference to writing. For many, being a mom IS their job. Meredith’s internal narrative went over a moment when she was writing something on her computer and someone asked what she was doing and she said, “Writing a novel.” And the person commented, “Oh, just like every other housewife in America.” This actually happened to me! I was not on a beach at the time, but I was on an outing to a plant nursery (My husband is an arborist.) and the manager of the nursery was talking to my husband while I was on my computer. He asked the question, I answered, and then he said that. It made me feel very small and defeated. I went through a bout of depression after that. Oh, everyone in the entire world who is labeled a “housewife” is writing a novel. What makes me all that special? Surely I will never make anything of myself. Some of these thoughts still roll through my head today. If everyone is writing a book, why do I think I can make a career out of what I love? Being a writer is hard. Finding support for your passion is harder! (At least in my RL world)
In Misplaced Affection, Zach is taking horticulture classes. Hmm, as stated above my husband is an arborist. He has a two-year degree in horticulture and had to learn all the Latin names of things like Zach is doing!

Cole’s father in My Roommate’s a Jock? Well, Crap! is into giving plant tours—just like my husband. If you know plants and you like tours and you find yourself at my house, then ask my husband to give you the plant geeks tour to our gardens! ☺

Nick from Names Can Never Hurt Me works at a pizza shop. I worked at a pizza place for 7.5 years. In my head I see the place I worked in Eldersburg although I set the story in Westminster. (You know, because EVERYTHING happens in Westminster, MD.) I used what I remembered from those years to make Nick’s job seem real. He also goes into a small inventory of his previous jobs—ALL of which I had!

RC’s job in Names Can Never Hurt Me was also a real one for me. I worked in a clothing factory for about a year. I wasn’t in the pressing department, but I did know people there who described their job as I wrote it in my story.

Grant in Bankers’ Hours works in a BANK. I worked in a bank for a year or two. (I can’t remember how long.) I tried to incorporate MY experience in the story, as well as what I observe from my bank here in Westminster.

In The Cost of Loving Darian briefly worked in a deli, so did I.

And finally, to wrap things up, in No! Jocks Don’t Date Guys, Lance works in a Café as a barista. I DID not work as a barista, but I did describe Lance’s character from personal observation as I went TO that same café and ordered food and beverages ☺

Since I can not work ALL the jobs in my books, and I’ve basically ran out of the ones I’ve already worked, I also like to interview people who have had those jobs. Tristan in Bankers’ Hours is an auto mechanic the same as my nephew. I talked to him about some things, although I am not very specific in the book because the auto mechanic part is not the focus of the story. For Matt in The Cost of Loving I talked to a firefighter I know. The scene where he finds the guy in the car IN THE BACK SEAT actually happened to my friend. The man had had hip surgery and was driving before he should and somehow got thrown into the back seat of the car. WEIRD! And for JOCK 3 I have a person in mind to interview for tips on working out at a gym. (Since I don’t).

Even though JOBS can be hard to come up with, it is fun to use the ones you have had in your own life, and then interview others for their experiences in other jobs! Everyone has a job! Mother, pizza guy, English teacher, barista, college student, arborist, etc….

I hope you enjoyed this look into my life and job experiences and how they relate to my writing.


P.S. As a thank you I have several giveaways. Leave a comment on this blog for a chance to win an Amazon gift certificate. I am going to take all the names from all the comments from all the blog stops and put them in a drawing. I have 8 stops including this one. The more comments you make then higher your chances of winning. I will have 3 winners of a $10 Amazon gift certificate, and for those who comment on ALL 8 STOPS, I will enter each of them into a grand prize drawing good for:


Note: I am willing to mail things to other countries so don’t let that stop you!

The links to the previous stop is BELOW:
GGR – cover reveal
RGR - Writing What I know: Emotion
Jeff Adams – Finding a Muse
The Novel Approach – Writing My Own Experiences
AND… and…. I DID an interview with Jeff Adams for his and Will’s Pod Cast. You may like to check that out!

Leave a comment on any of these stops for a chance to win!

Again, Thank you for stopping by! 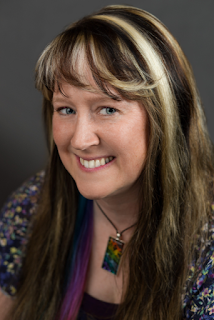 Wade Kelly lives and writes in conservative, small-town America on the east coast where it’s not easy to live free and open in one's beliefs. Wade writes passionately about controversial issues and strives to make a difference by making people think. Wade does not have a background in writing or philosophy, but still draws from personal experience to ponder contentious subjects on paper. There is a lot of pain in the world and people need hope. When not writing, she is thinking about writing, and more than likely scribbling ideas on sticky notes in the car while playing "taxi driver" for her three children. She likes snakes, can’t spell, and has a tendency to make people cry.

Links to all my stuff: