Review Request: The Nameless One by Lily Adile Lamb 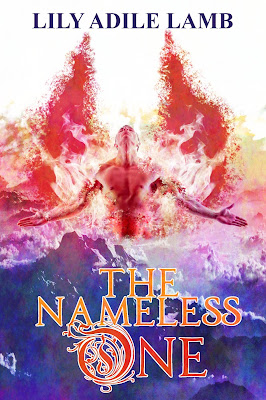 
He was the only nameless one among his kind, the result of his mother’s forbidden affair with a human. He was the only one the others teased and tormented, the only one who longed for his own sex – a crime among his kind. And when he repeated his mother’s mistake with a human male, the punishment was terrible – his wings were broken, his body was crushed, and he was imprisoned in a bottle, freed only to grant the wishes of whichever greedy human found him next. And there he stayed, alone.
Faine was born different, too, his legs withered at birth, his little body left at the edge of the woods for the other abandoned ones to take in. Sylvonna the wise woman raised him in kindness, and the sheep he tended were patient with his slow, painful gait. It was a good life…only he longed for a lover of his own sex, and while there was no shame in it among his people, there were none among them who shared that longing. And so he was alone.
The forest whispered to Faine, that he would find love…that his true love was coming soon.
And when the nameless one was at last freed from his prison, his release would come on a mountain, near a forest…a forest where the world’s other outcasts dwelt. A mountain where Faine would bring his sheep to graze…

“The Nameless One” is a fable, a fairy tale, a love story about two broken creatures who are made whole at last.


My Rating: 4 of 4 Stars
(Based on Short&Light Read Category

The Nameless One is a creature who should not have been born. He is the result of a taboo relationship his mother had with a human. His needs and wants are also considered taboo for he does not long for a female mate, instead wanting a male. His daliance with a human male sends him to be banished and trapped in a bottle, much like the jin of old. He is released as part of an atonement and finds refuge in a forest where he meets Faine.

Faine is a foundling. Unwanted because of his withered legs, he was abadoned at the edge of the forest where Sylvonna, the guardian, finds him and raises him as her own. Much like she would with other foundlings. Faine meets the mysterious and unseen creature and begins a tentative friendship with him.

The Nameless One is a fable, a fairy tale, told in a style one would associate with such old tales of love, tragedy, and good vs evil. The cadence is much like those Grimm tales: slow, narrative and then the characters speak and their actions speak louder. The romance that unfolds bewildering and yet right.

I love fairy tales, be they twisted, new or old. These are tales that defy logic and yet make perfect sense. They are meant to teach a lesson, and this one does it so well. In the end, I won't spoil, the moral lesson is learned and it strikes a timely chord.

If you believe in happily ever afters, this is the book for you. Short, sweet, romantic. Just a romantic story between two broken men who meet in a forest and fall in love.


Posted by multitaskingmomma at 9:13 PM