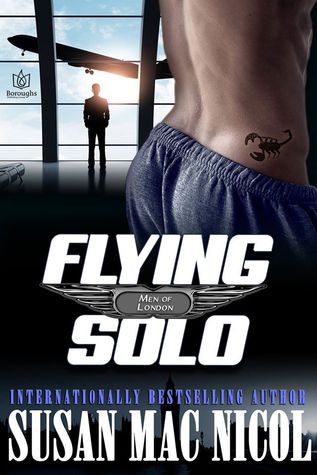 Flight attendant Maxwell Lewis has spent years cultivating a bon vivant image only to find he finally wants something more—and that something more includes the never-does-repeats game designer Gibson Henry.

Maxwell Lewis is proud of the life he’s made. Having turned tragedy into triumph, he’s now a beloved member of a Target Airlines cabin crew with more than his fair share of attention both in the air and on the ground. But lately he’s wanted something more than the occasional hook-up or sometime sex buddy—particularly after meeting game designer and passenger Gibson Henry.

Talented and driven, Gibson has built a company ready to be the next big thing in gaming. Devoted to his work, he takes onetime pleasures where he find them and never does repeats…which is what he tells handsome, sexy Maxwell Lewis after a little mile-high flight attendance. But a chance encounter in a London club is about to change things forever. Two men, one who’s flown solo and another who’s only ever played alone, are about to find that at some point all games come to end, it’s time to bare your heart and try for love.

Maxwell and Gibson's story is a whole lot of drama laced with spicy humor and snarky commentaries. Let this serve as a warning as I have been victimized by all the snarkiness going on here. Take note: do not, I repeat, DO NOT drink while reading Maxwell's thoughts cos its a whole lot of unexpected. And I mean that in a good way.

Maxwell's history directed his future and now that he's in the future, he has reached the point where nothing really surprises him anymore. He's gone all so tired of everything and wants to settle. That thought by itself wass enough to give this reader pause and it set the pace of this installment to the Men of London Series which I have been following and craving for ever since the first one came out.

And then there is Gibson. Oh, so patient Gib. Okay, let me just say, this man tests my nerves completely because I could never have the patience he's obviously got a surfeit of and to think he is incapable of sitting quiet with quiet thoughts. He could give Maxwell's mental soliloquies a run for his money.

So these two men flew solo for most part of their lives and when they meet, the sizzle is palpable. (snark snort snicker) But the doubts creep in, they both second guess each other's feelings, they begin to over think and stumble in the process. It is a whole lot of learning for both men, especially for Max who already knew from the very beginning he wanted a change. All he has to do now is convince Gib he is a part of that change.

The love that grew between these two men developed and got stronger as their story moved along. The road to that strength a bit bumpy but that is all part of the appeal for this read.

This is the sixth Men of London installment, a different story for different men who live and run around London. Although this is a stand alone novel as all the books are in the series, I must insist you pick up the first five so you know the back stories of those men who came before this and make a reappearance here.

Wonderfully light and entertaining read despite the drama. Recommend not to drink hot tea or coffee when reading.

Note: eARC provided for by author for an honest review.

Posted by multitaskingmomma at 8:33 PM