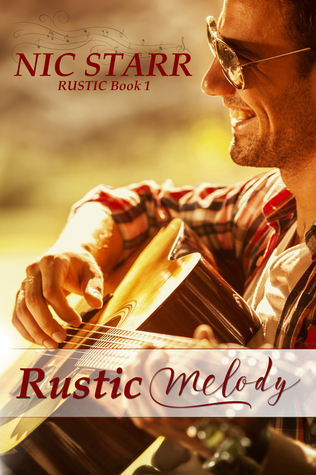 
Adam Chambers has never seen eye-to-eye with his father and is reluctant to take over the family’s property-development company. To clear his head and work out what he wants to do with the rest of his life, Adam leaves his responsibilities in the city and heads out to see the country.

He isn’t much closer to deciding what to do with his life when he arrives at one of Australia’s largest events, the Tamworth Country Music Festival, and meets Joey Callaway.

Since Joey’s father’s tragic death left Joey the family’s debt-ridden pub, Joey has struggled, desperate to turn the business around and give his mum the life she deserves. A break away from the pressures of running the pub is just what he needs, and a hook-up with Adam is the perfect way to forget about his troubles.

The one-night stand might just be an opening act. If Adam and Joey can follow the music in their hearts, perhaps they can heal each other and create a melody that will last a lifetime.

Oh, I have been blessed with receiving another story from Nic Starr. She never fails to make me smile or squirm and melt inside craving for chocolate. That's how sweet and awesome this story is.

This is the story of two young men who still had to find who they really were. Not the very best way to introduce two main characters and honestly, I was a bit apprehensive when I began reading this. I was expecting to want to jump up and smack them on their heads to get them screwed properly on their shoulders. Thank goodness Nic didn't give us smackables. She gave us something better.

She gave us Adam and Joey who were stumbling through their lives without sense or direction. They began without much character but as the story progressed, the men began to learn and develop along in such a brilliant way. Their Aussie slang may confuse a few but it's all part of their true and honest characterization and frankly am so used to the language I found myself shortening words and understanding.

When the time comes for you, dear readers, to pick this up, be aware both men are not that likable at first but there is no denying they were both adorable. As this story draws to an end, their growth, determination and new-found direction in life makes this one very, very good and emotional read.

Rustic Melody begins as a directionless or toneless music but gradually becomes more coherent until the crescendo when the chaos becomes an unforgettable melody.