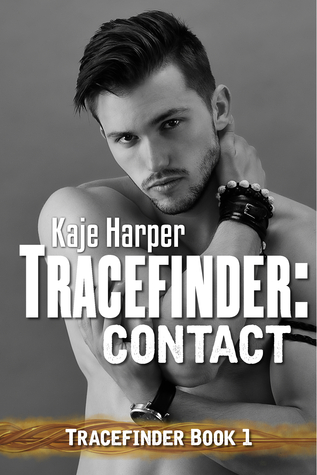 What could an undercover cop and a drug lord’s pet psychic have in common?


Brian Kerr has spent years hiding behind a facade of mental slowness. His brother and sister got all three of them off the streets and into a cushy life, under the protection of a dangerous criminal. But to keep that safety, Brian has to use his Finding talent to track down the boss’s enemies. Although he pretends not to know what he’s really doing, each Find takes its toll, and he’s trapped in a life he hates, losing touch with his true self.

Nick Rugo’s job is to protect and serve the people of Minneapolis as an undercover cop. He isn’t closeted, but he isn’t out at work, and there’s a wild, angry side to him that he’s managed to keep hidden until now. When he’s assigned to bring Brian’s boss to justice, he intends to use anything and anyone it takes to do that.

Nick initially sees Brian as a pawn to be played in his case, but he keeps getting glimpses of a different man behind the slow, simpleminded mask. As the two men get to know each other, it becomes clear they share secrets, some of which might get them both killed.

Hmmmmm this is what you call an unconventional piece that left a lot of questions out in the open, unresolved and yet the reader is left with a feeling of satisfaction that there is more to come out of this duo whose relationship is just beginning.... okay that was a long sentence but I am not about to edit it on the grounds that I don't want to.

For those who are thinking of reading Contact, realize this is the first of a series as the title implies. It is the beginning of a relationship between a cop who is unstable and has bouts of violence and Brian who is two men all at once.

Nick is two men, his need to let out anger and frustrations expressed by his desire for violence gets fulfilled in bars. Brian is a Finder, a well kept secret, whose only problem in life is truly his dyslexia but because of his talent of Finding people, is used and abused by his brother who loves him to bits and his brother-in-law who seeks the proverbial cup of life. To keep himself safe and sane, he becomes Bry the challenged when deep inside he is Brian the quick witted intelligent man.

There is a lot going on in this story and the plot itself branches out into several points. In the middle of all this is the relationship that develops tentatively and with suspicion and eventually ends into a trust both men cannot deny.

No, there is no pure romance here as is expected, instead there is a whole lot of drama and confusion set in a mystery thriller that can get the reader lost should they tire out the quest for answers.

I found this a truly intriguing read for it is different and not in the least formulaic. I would recommend this to readers who want a deep read into a story that is just evolving.

Note: eARC provided by author for an honest review.
Posted by multitaskingmomma at 1:50 AM