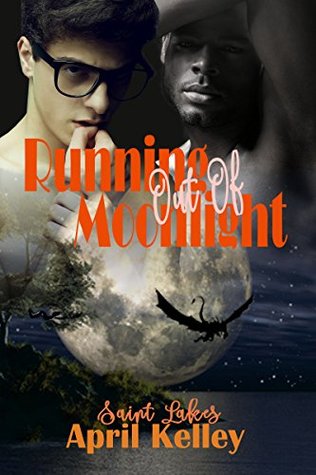 They thought finding each other would heal them both, but life in Saint Lakes doesn’t make it that simple.
Sage Rickman was in the wrong place at the wrong time. At least that’s what he think when the vampires kidnap him. Working through the mental anguish of all the vampires did to him is difficult to get through to say the very least. Peace of mind is an elusive creature though. He thought finding his mate would make things better, but trust doesn’t come easy.
Garridan Arach can’t remember anything about his past. He’s been in his dragon form far too long for a normal shifter to take. Being feral is the least of his worries though, especially when his memory starts coming back. Not that he cares about his past. All he wants is his mate. A mate that keeps rejecting him every time they’re together. His past has a way of catching up with him, and he discovers things that will make life in Saint Lakes less than peaceful.


(Warning: Talk of rape and abuse)

Garridan sat in the chair in the corner of their bedroom, watching Sage move around like a little hyperactive bird. Something was going on with him this morning. He was acting weird.
Sage had on a t-shirt and underwear, and that was it. He was searching through one of their dresser drawers, probably for pants. In Garridan’s opinion, he didn’t need pants. He looked better without them, especially his ass. That particular part of Sage was so fucking perfect it was hard not to constantly stare at it.
He liked looking at Sage in general though. He liked the way he moved, even when he was nervous and anxious like he was now. He had this way of standing that was both defeating and spoke of his resiliency all at the same time. It amazed Garridan how tough Sage was.
“Damn it, I have no clean pants. I really need to go back to my house and pick up some more clothes. Especially if we’re going to stay here for a while.”
“Or we could do laundry,” Garridan said.
Sage turned and narrowed his eyes. “I’ll do laundry after we get back from my house.”
Garridan made a noise that indicated he would do whatever Sage wanted him to do. He wasn’t making a judgment about the laundry. “Come here.”
“I need to find pants so I can leave the room, Garridan. The washer and dryer are in the basement.” Sage rummaged around in the drawer, his frustration was growing with each passing moment. He slammed the dresser drawer closed and moved over to the closet. Garridan heard hanger’s sliding around on the metal bar and then Sage sighed in frustration, going down on his hands and knees. His ass was just about the only thing Garridan could see sticking out of the closet. “Not one single pair of pants at all. This is just fucking perfect.”
Garridan gritted his teeth at the picture Sage made, his eyes changing to his dragons. Garridan’s cock got hard just as Sage shifted around in the closet, which made it look like he was wriggling his ass, trying to get Garridan’s attention with the thing. Sage definitely had Garridan’s full attention.
“I’ll start the laundry and ask Lucas if he has something you can borrow.”
Sage’s head popped out of the closet and he looked a little flushed. “Can we go to my house to get more of my things?”
“Whatever you want, baby.”
Sage smiled at him. Finally.
“Come here.” Sage stood up, closing the closet door, and started across the room to him. When he got close enough, Garridan brought his hands up to Sage’s waist. He pulled him gently, urging him to sit on Garridan’s lap.
Sage balked right before he got to Garridan, not sitting down. “I have things to do today, Garridan. I really need those pants.”
“I want to cuddle you. Maybe get a kiss. Think you can work that into your busy schedule?”
Sage’s dark eyes sparkled with mischief. “I don’t know. It might cost you.”

Let me begin this review with the warning label of "talk of abuse and rape" to urge you to not use this warning as a deterrent to reading this installment to the Saint Lakes series. Yes, there are the two elements but they are TALKED about, it does not actually unfold right before your eyes. That said, let's move on.

Sage is a snake shifter and had been abused and raped consistently by the vampires who took him for their own pleasure. We first met him in the first book, Leave It All (Saint Lakes #1), as that flirtatious waiter whom Lucas took a disliking to before ending up as good friends. Garridan, a dragon shifter Bennett thought to have died or disappeared a long, long time ago, came in as the man rescued by their Alpha, Ramsey. The same man who Benentt had called uncle, his father's best friend and his savior. Garridan, too, had been used and much abused. In his case, he stayed in dragon form for years and those who follow shifter stories are familiar with the dangers of staying in their shifted form too long. Garridan is feared by all as feral and doubly dangerous for his power is more than the Saint Lakes alpha.

This book opens where the first book ends and we are thrust into the story from Sage's eyes. His feelings, his fears, his trauma and PTSD all take a toll on his psyche. It is especially difficult for him because he knew Garridan was his mate.

The two men have a difficult time sorting through their past traumas but as mating calls go, it's pretty hard to ignore. The mating is also working great for them as they turn to each other for comfort and ease each others' pain when the PTSD strikes.

Despite the angst of this story line, I was quite amazed this was a fast read. Then again, author April Kelley has the talent of getting the plot going on a fast pace. The only thing that bothered me were the glaring typos and some editing issues. Fortunately, even knowing they were there, it didn't detract from my enjoyment of the love story between dragon and snake.

Note: I really, honest to goodness hate hate with a passion hate snakes but Sage is an exemption to this rule and is loveable. Also, there's no snake sex so that is an added bonus. (Just had to get that out there because I can hear the questions) 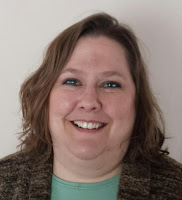 Living in Southwest Michigan, April resides with her husband and two kids. She has been an avid reader for several years. Ever since she wrote her first story at the age of ten, the characters in her head still won't stop telling their stories. If April isn't reading or writing, she can be foundoutside playing with the animals or taking a long walk in the woods. If you wish to contact her, email authoraprilkelley@gmail.com. Please visit her website at authoraprilkelley.com

Posted by multitaskingmomma at 3:44 AM