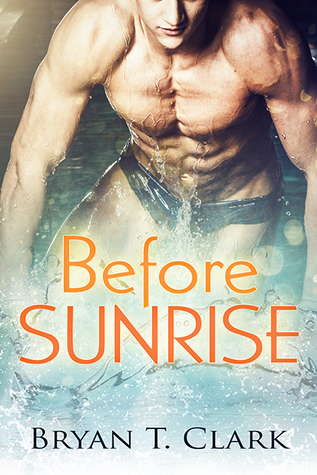 
Just Before Sunrise, as the fog lifts from the pool, the light reveals the tapered backs of male swimmers in Speedos concluding their morning workout.
Nicky O’Hare, a promising freshman recruited to the Tampa Bay University swim team, shows promise both in and out of the pool. The lean Irish kid with the ‘boy-next-door’ good looks from Brandy, South Dakota, is likely the most talented swimmer on the team. Ready to experience all that college life has to offer, Nicky has even put finding a boyfriend on his wish list.
Coach Philip Silva, a former Olympic swimmer with a once-impressive swimming career, has recruited Nicky as part of his mission to rebuild the University’s failing swim program. Focused on the upcoming season, Philip’s real challenge will be keeping his secrets and demons submerged below the surface.
All seems well until one night when Nicky and Philip end up at the same Fourth of July celebration. With fireworks in the sky, the hot and humid night reveals the attraction between the two. But can these boundaries be crossed? Suddenly forced to reevaluate his life, Philip is met with the moral dilemma of discovering true love with the University’s rising star.
Before Sunrise presents a story of friendships, love, complicated relationships, and deception, woven into an unexpected ending.

I love May/December romances as you may all know by now. For those who don't, well, I do! There is just something about older man/younger man relationships that makes my heart thrum. I love how the maturity of one balances out that of the more insecure one. But with Before Sunrise, things are not what they seem.

Nicky O'Hare is the younger man. A freshman and new member of the college swim team, he is the stereotypical hesitant guy with a man crush on his handsome coach. There is nothing he wouldn't do for the man, he'd swim to win just to guarantee coach looks to him other than as a swimmer.

Coach Philip Silva has his eyes on young Nicky. He'd recruited him a year before and now that he was in the swim team, Nicky is proving to be a good choice. But it's not all platonic on his side. Never really looking for a relationship in his life before, he is confused with his growing feelings for the younger man. When Nicky and Philip finally get together for dinner, things went a little bit too fast for Philip's liking and puts a stop. The next day, well that's a different story.

On the sidelines are the members of the swim team. Their life stories seemingly unconnected to Nicky and Philip's. What their roles are soon become apparent. Good and bad, Nicky and Philip will realize who their friends really are, what they really mean to each other and a surprise realization that it is not the age that makes someone mature and responsible, it is the man.

This was a sweet, romantic read and I couldn't put it down despite my busy schedule  life and dogs. Nicky and Phil's story pulls on the heartstrings and it doesn't take long before they guarantee your attention never leave them. Quite a different read from the author's first book, Ancient House Of Cards whose men are mentioned here. This has a lighter feel to it compared to the first book but it is just as engrossing and all encompassing. The drop in star is because of something left unresolved though I wonder if there is a follow up story. I doubt there is, but I do wish it.

Bryan Thomas Clark is a boisterous extravert who is a proud member of the LGBT community. After twenty-seven years law enforcement, Bryan retired in 2015 to focus on his writing full time.

Behind his keyboard working on his next novel, Bryan writes gay fiction with an emphasis on a moral dilemmas and M/M romance.

On the rare occasions he isn't writing, Bryan enjoys traveling, following his husband around the state of California to various equestrian competitions, lying by a body of water soaking up the sun, and watching a good movie while snuggled up with his husband and dog on the couch.

Born in Boston, Massachusetts, Bryan now resides in the Central Valley of California with his husband of over thirty years and their four legged loyal companion.

Posted by multitaskingmomma at 8:14 PM