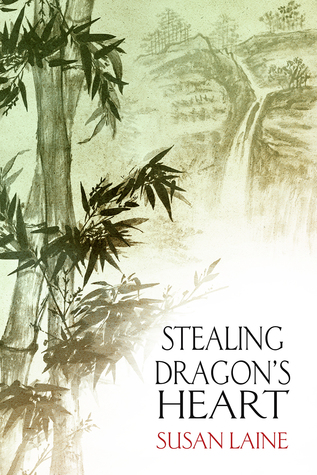 "A Lifting the Veil Story
Notorious master thief Finn Grayson is hired to break into a high-class skyscraper in New Shanghai and steal a priceless artifact known as the Shard. But someone’s gotten to the Shard first—and the penthouse suite turns out to be a dragon’s lair. Cameron Feilong, Guardian of the Earth Shard, is ancient enough to realize that he and his unbidden guest are being used like puppets on a string. Forming a shaky alliance is the only way for them to survive and to stop their ruthless foes. Unfortunately, Finn and Cam seem to be forever one step behind. To learn more about their clandestine enemy, they travel together from walled Asian cities, barren tundras, and underwater temples to secret paranormal clubs and legendary elvish cities. Finn and Cam must learn to trust each other before it’s too late, for bringing together the five Elemental Shards will spell the end of the world."

Finn Grayson, master thief, accepts and assignment which he never should have. Why? It was too simple. He was right. Not only did he end up in the dragon's lair, he was set up to be killed. The lair he trespasses into is that of Cameron Feilong, Guardian of the Earth Shard who not only turns out to be more ancient than ancient, but is also hot!

The Earth Shard is an artifact from one whole piece long ago destroyed and its pieces distributed throughout the world and protected by the strongest of the paranormals which Cameron was. The theft of the shard triggers a domino effect of doom and once all pieces are together, they become the ultimate weapon of mass destruction. Caught in the middle of it all is Finn who becomes precious to Cam.

This is a mystery with a substantial dose of action-packed goodness. Reading it is much like watching a Laura Craft film or even The Phantom what with the race to apprehend the cartel of paranormals who want to rule the world. It was a fun read albeit a bit long. Also frustrating as no matter how honcho Cam is and the other guardians, somehow they are always one step behind or if forward, they fall several steps back.

I would recommend this to those who love paranormal plots with a lot of action. It is a fun read and well worth the time for it is bulky ~ something that I know have many been wishing for ~ a big read.

Posted by multitaskingmomma at 8:18 AM