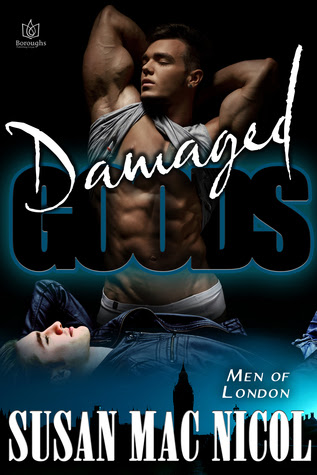 Touched by tragedy, love is an elusive dream never to be realised by eighteen-year-old Jax Grady--until he discovers his secret admirer and receives the sweetest gift he could ever desire.
THE SWEETEST GIFT
Tragedy and horror shaped Jackson Grady's life, leaving him orphaned and scarred. At eighteen he's ready to claim his future, but who could love his disfigured face and damaged soul? Definitely not a big, burly, beautiful Irish Traveller who is entirely the stuff of dreams.
Dare Rowan didn't mean to become obsessed with the blue-eyed man he first saw across a field, but that porcelain skin and innocent air demanded another meeting. Jax has the face of a wounded angel, and the rest of the young man is as heart-breakingly perfect. Jax is beautiful in every way and teaching him about love and life will be something Dare will embrace. Like unwrapping and savouring the candy at the shop where he works, Dare will show this young man everything Jax desired but never thought he'd have, and take Jax to new highs while he holds him through the lows. Between them, they’ll find out just how sweet life can be.

Everyone who follows the MOL series have read about Jax and know his history. That this is now his story is kind of a full circle moment for me because I loved Jax's vulnerability and strength.

Dare is someone who surprises us on so many levels. He is tender and kind, strong and yet dependent, logical but emotional, he is so many different personalities and yet he is perfect for Jax.

Damaged Goods is really Jax's story of how he sees himself as someone who may never be good enough because of his disfigurement and disability. But Dare saw through the mask of scars, in fact had a huge crush on this young man he saw from a distance. When the two finally meet and become friends they connect in so many ways so it really was not a surprise they fell in love.

Some may call this YA because of Jax's age but it is really New Adult for the men here are both adults and Jax's experiences more than made for his lack of years.

There are others who may call this different from the rest of MOL because it is sweeter compared to the rest and that, for me, is the true beauty of this story. Yes, it is sweet a sweet romance and yet it has all the elements that can make it a bit difficult to read because of, again, Jax's history.

Men of London is a series about different men, from all walks of life, living in London and living their lives. They all have nothing in common with each other but the stories are interconnected in one way or another. This is a true standalone and as such, there is no need to read the previous books to know what this is all about. Having said that, I do encourage you to read the other books for then you will get to know of who Jax is, how he came to be, and see him from the eyes of the different characters in the series.


Posted by multitaskingmomma at 7:01 AM