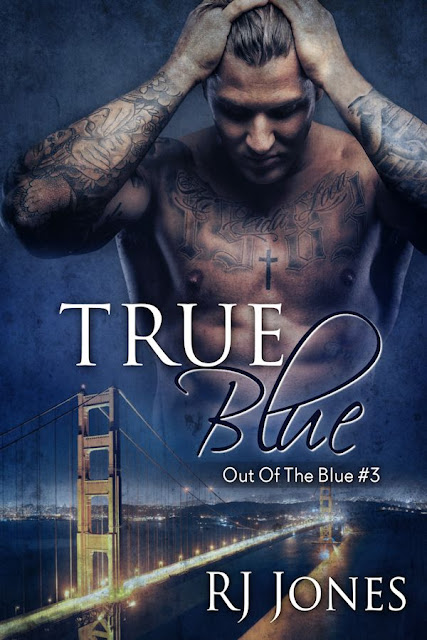 When being true to yourself means denial is no longer an option.
On the heels of a tragedy, Brandon White shaved his hair, adorned his body with tattoos, and concentrated on his attraction to the opposite sex. Fifteen years later, Brandon is a protective son and a loyal and respected member of the San Francisco Fire Department, bedding anything in a skirt that promises not to stick around afterward.
When his past and present collide in his dreams—including his best friend and fellow fireman, Mason—Brandon knows things are never going to be the same again. He starts to recall that fateful day years before, and the long-forgotten feelings that preceded it. The most important thing he remembers—he’s not as straight as he’d thought.
With help, Brandon learns to accept who he was always meant to be. But when tragedy strikes again, Brandon must reconcile his past and present and deal with his grief if he is to ever be true, not only to himself, but to Mason as well.
**This can be read as a standalone, however it is best enjoyed after reading the first two stories as side characters play a major role.**

“YOU MEAN, like an actual date?” Mason asked, incredulous.
I had cornered Kris at work the previous day and confessed to my lack of knowledge about dating. Kris shook his head and laughed, offering to help out and ease the tension by making it a double. Now as I watched Mason dress in black leather pants and a shiny black shirt that hugged his muscular chest, I questioned my sanity.
“Yes. Now hurry up and get dressed. We’re meeting Kris and Gray at the restaurant, then we’re headed to Magz.”
“Ooh. A double date.” Mason waggled his eyebrows.
Jesus.
I didn’t do dates; I did hookups. I had no idea what to talk about over dinner, and going to a gay bar afterward? What the fuck was I thinking? I guess Kris and Gray tagging along would make for conversation at least. And what part of me thought I couldn’t talk to Mason? We’d been having dinner and talking for years. How was going on a date any different? But it was entirely different. I didn’t know how, but it felt like I had those concrete boots on again, scrambling to keep my head above water.
The restaurant we were headed to was an oyster bar on Castro Street, not far from the club where Jet worked. It had white tiled walls with a stainless steel bar, and blue and white stools lined the counter. Steel chairs and tables matched the industrial overhead lighting. It was a small place, known for its casual atmosphere and its famous oyster shooters.
“So,” Gray said to me as we sat down at the table, “heard you have no idea.”
Kris and Mason chuckled, but when I shot them a look, they squeezed their lips together in a visible effort to control themselves. It didn’t work and they burst out laughing again.
Mason patted my leg under the table as he looked at Gray. “Aww, don’t tease him. He’s trying. He even bought me a present.”
I could feel my eyebrows shoot into my hairline as I snapped my head around to look at my so-called best friend turned lover.
“Really? What did he buy?” Gray asked, clearly more invested in this than he should be.
Mason looked at me, his eyes sparkling. “Flowers and chocolates.”
I was glad they could all laugh at my expense, but I suspected it would have been worse if Mason told them the truth about the bucket.
When Mason had composed himself, he leaned over and kissed my cheek. “Sorry. Couldn’t help myself.”
“Yeah, yeah. Whatever.” I smiled. “What do you want to order?”
Mason waggled his eyebrows and whispered in my ear, “Oysters, of course.”
“It’s a first date, right? You gotta have oysters,” Gray said from behind his beer.
I raised an eyebrow as I eyed him. He was more like his brother now that he’d come out of his shell and relaxed a bit.
“It’s a first date,” he said like I was stupid. “You go out for dinner. Go to a club until the oysters work their magic, then go home and fuck.”
“Is that what you and Kris did?”
That shut the know-it-all up. Kris and Gray looked at each other with matching confused looks.
“What did you guys do for your first date?” Mason asked.
“Uh…” Kris started. “I’m not sure we’ve had one.”
“We must have. I live with you, for Christ’s sake.” Gray seemed genuinely perplexed and Kris appeared dumbstruck. “I mean, we’ve been out for dinner before.”
Mason leaned forward on the table. “But you had been on a date before you moved in together, hadn’t you?”
“Uhh…”
“You’ve been living together for, what, three, four months and haven’t had a date?”
“Ha! At least Mase and I will remember our first date.” I high-fived Mason. I was rewarded with a large smile and a soft kiss.
“I’m sure gonna remember it,” Mason whispered against my lips.

This is a friends to lovers story but it's not cut from the same mold as the others. In short, although the blurb makes this story sound formulaic, it is definitely not.

Brandon was young when he lost his best friend to a gay bashing. The trauma was enough to send him on a path of denial his psyche shut down and compensated. From a young, thin boy with long hair, Brandon became the opposite of what people generally think young gay men appear. Shaved head, bulging muscles and tattoos later, he is Brandon the hunky straight fireman.

Mase is openly gay and is Brandon, the man's, best friend. He has no idea of Brandon's past and has no clue that Brandon does not know himself. What Mase knows is Brandon displaying jealousy when Andy, Mase's potential boyfriend, is around. To make matters worse, people are beginning to talk and Mase cannot figure out what's wrong with Brandon.

Things come to a head when Brandon finally faces his past and comes to a realization Mase means more to him than he was thinking or feeling. The only drawback is, the realization may just be a bit too late.

I've read this twice now and still love how the whole story unfolded.This is a feel good read and very romantic so is one for the read over and over again shelf. No, this is not a perfect book, hence the rating, but the overall impact makes this a beautiful installment to the series and I could not recommend it more.

Note: eARC provided by author as part of a blog tour and an honest review. 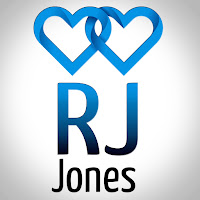 RJ started as a reader and eventually made the progression to reviewing. It wasn't until two men popped into her thoughts, insisting on telling her their story that she started to write. It started with one scene. A hot and dirty one in the shower.
RJ's initial thought was if she could write their scene then they'd shut up and allow her to concentrate on other aspects of the day. That shower scene was 3000 words long and three hours of work.  But they didn't shut up.  They told her their entire story and she didn't sleep for days.  Sometimes she couldn't keep up with what they were telling her and she had to keep a notebook by the bed.
Whilst RJ was writing their story a side character decided he needed his story told too. Then other characters followed suit.
You see the problem? If RJ ever wants to sleep again then she needs to write.
RJ is a wife and a mother to two boys. Even her dog is a boy.
She is surrounded by males.

RJ writes emotionally charged, character driven romances. Her guys will always get their HEA, but it will never be easy.

Posted by multitaskingmomma at 5:28 AM