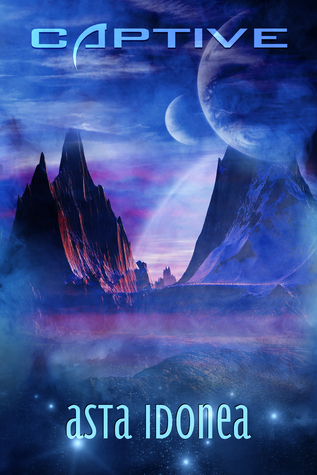 When the Teludazi attack Captain Evander Starr’s squadron, he is the only survivor. Taken prisoner, he refuses to answer their questions. Nonetheless, he finds himself drawn to their leader, Kaname. What secrets lie behind Kaname’s strange lilac eyes, and will Evander soon find it’s not only his body held captive, but also his heart?

He wasn’t certain how much time passed. He drifted into a fitful slumber, and upon waking, a small light in the corner of the room illuminated a jug of water and a bowl. The latter contained a porridge-like substance—tasteless but not unpleasant. He didn’t hesitate to eat and drink this time. The water had been safe, and Kaname’s speech about not saving him just to poison him had rung true. So, he wolfed the meal down. The moment he finished eating and set the bowl aside, the light turned off.
He must have fallen asleep again, because the next time he came to, he sensed a presence in the room. He turned toward it and heard a soft chuckle.
“Hello again, Captain Starr. How are you feeling?”
“Okay,” Evander muttered. His aches and pains were gone and he felt more rested than he had in a long time. But he wasn’t about to share that with Kaname. “Don’t you wanna turn the light on?”
“Why bother when I can see you perfectly well already?”
“It’s true then? About your eyes?”
Evander had heard the tales ever since he was a boy. The Teludazi were the monsters parents used to discipline wayward children. They were the creatures talked about at night around the campfire. It was said all their eyes were that odd lilac color because they could see equally well in light and dark. It was pointless hiding from them beneath your bed or in the closet—they would still see you.
When he made captain and joined the fleet, Evander’s superiors had striven to suppress such rumors. It was bad for morale, Evander supposed, if you believed your enemy had superhuman abilities. In all other respects, the Teludazi were like them—humanoid, with a similar life span—and that was what the generals expounded. But on the ships, out in deep space, the crew talked. And it seemed the stories had been true all along. 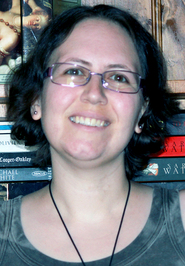 Asta Idonea (aka Nicki J Markus) was born in England, but now lives in Adelaide, South Australia. She has loved both reading and writing from a young age and is also a keen linguist, having studied several foreign languages.
Asta launched her writing career in 2011 and divides her efforts not only between MM and mainstream works but also between traditional and indie publishing. Her works span the genres, from paranormal to historical and from contemporary to fantasy. It just depends what story and which characters spring into her mind!
As a day job, Asta works as a freelance editor and proofreader, and in her spare time she enjoys music, theatre, cinema, photography, and sketching. She also loves history, folklore and mythology, pen-palling, and travel; all of which have provided plenty of inspiration for her writing.

Posted by multitaskingmomma at 7:40 AM