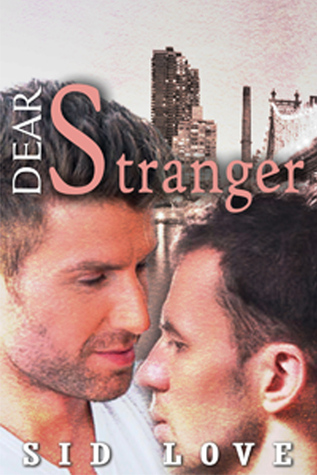 Published May 12th 2016 by Creative Minds


Reggie is a young man in his early twenties, living a quiet life. His blindness makes him over cautious in new situations, at least until one day on his way home when he meets a stranger, a man with a voice smooth as honey and burning hot as the most expensive whiskey, starts flirting with him.
At first, Reggie is scared. The guy seems like a stalker but he soon realizes that the stranger means him no harm. On the contrary, he is attracted to Reggie and invites him home for a hot romp in bed.
With the ball in his court now, Reggie needs to decide what to do. He could turn him down and continue living his life as it is—boring. Or, he could say yes and see where this unexpected ride takes him...


Review by: multitaskingmomma
My Rating: 4 of 4 Stars
(Short&Light Read Category)

Reggie takes the train daily to and from work and gets all sorts of unwanted attention from fellow travelers. One such night he meets a stranger on his way home. Rather, the stranger makes bold moves on him and Reggie's loneliness got the better of him and the stranger took him home.

After that night, Reggie never sought the man out again, though he knew the stranger said he'd be looking out for him. A talk in a cafe with his friend is overheard and the eavesdropper is the stranger. What happens next is two men who try to get over their not knowing who the true man was.

This is a romantic story, but also a bit of a disturbing one. It goes against every sense of logic, getting picked up by a stranger for a one night stand, maybe it's a regular occurrence but Reggie is blind. Him not knowing who he was going with, where they were going...it lends a sense of danger that others may find thrilling or even challenging, but in short, it's a dangerous action.

Reggie knew his actions were spurred on by his need to connect with someone who would look past his blindness. He took a huge, huge risk. Luckily for him, the stranger was not a serial killer, but instead was a man of integrity. How realistic is that? That's for you to think about and for the rest to worry. Reggie, he took a risk, thankfully it paid off for him.

Overall, this was written well and the story has merits. But it does lead me to think...just how much will you risk your heart to overcome the sense of loneliness?

Note: eARC received from author in exchange for an honest review.