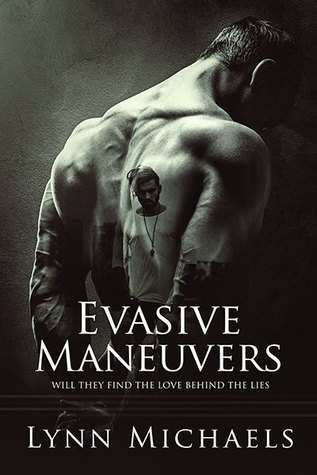 
Campbell Fain has been rebelling against his father, refusing to grow up for so long, he's not sure what his life really means anymore. When he meets the man that makes his heart melt, he lies to impress him. Unfortunately, facing the truth may turn out to be the least of his problems when he's forced to come face to face with the sins of his father.

He was the quarterback in high school, all American sweetheart and solid guy, but Stone Medlock is just figuring out his life. When he meets Campbell Fain, it turns his world around and he just might be falling hard for the rebellious punk, but will he still be able to support and trust Campbell when the lies come out?

Will Campbell's lies tear them apart before they even begin? Will they find the love behind the lies?

This is a story of two men who meet and fall in love. It's not all sunshine and roses for there's a whole lot of trouble going and coming their way. They fight through it, and they get their HFN. Yes, it's an HFN, at least for me, cause that ending was open to a new story and I want to know what happens next. I won't say why or what caused the open ending as it would spoil this story.

Now, for the review. This is the story of two idiots. Yes, you read that right, idiots. They are both so young they don't seem to know how to deal with their lives. To top it off, they manage to tell tall... well, not so tall, change that to white lies, that came to bite them in their butts.

There's some mystery going on here as well, and although that sort of complicated the already complicated life of two young (emphasis on the young) men, they still manage to turn around, face each other and face the truth: they truly are in love with each other.

This reads true-to-life tale sprinkled with some bit of fairy tale and it works. I usually scoff at stories where lying is an issue, but this one worked so well for it reminded me of people I know (duh, point to self and a few others out there... don't dare deny it!) where a little bit of evasive maneuvers is acted upon so we can go on with our lives.

For Stone and Campbell, it took a whole lot more than a bit a maneuvering fortunately, they settled and I got to smile in the end. Shaking my head, mind you, but still with a smile.

Posted by multitaskingmomma at 9:33 AM