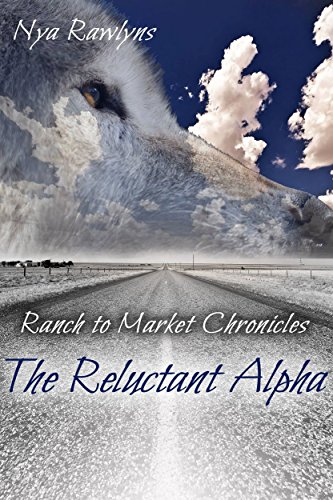 
When the enemy you face is the one you least expect...

It’s going to take a reluctant alpha, a gang of misfits, a prairie load of mistakes, Boyz from the Hood, and a visitor who’s not what he seems to face down a powerful adversary when the day of reckoning is nigh.

Coy Carruthers never asked to be alpha. He’s not cut out for it. No one is arguing, especially his uncle’s clan. With the odds stacked against him, Coy’s going to have to step up or step away when things go sideways.

The thing is… when it's all over but the shouting, why is he still screaming?

How to write a review without spoiling anything?

Don't get me wrong, my thinking is the result of several days mulling over how I'm going to review such an amazingly, different and difficult read. The amazing part is simple to explain, this is brilliantly written. The different is again simple, Coy is not your regular, formulaic shape-shifter alpha. Heck, not even his clan thinks he's a cookie-cut alpha (is there even one?). Thing is, this is a difficult read.

The read was fast, but it was not furious. Instead, it took me some days to get over some of the things that came out the page. Coy's thoughts, this is what drives this story. They are intimate, revealing. Raw. There were times they were so savage, it took me to a whole new level.

This is not the romance I expected, instead, it is a reader's journey into the mind of a man who has a hard time accepting who and what he was. He didn't live up to his own image, according to him, he could not be the alpha he was supposed to be, according to him again. Thing is, as I am an objective reader, I see him as who he is and should and he came up brilliant. Pity, Coy didn't see it that way. I guess this is the difficult part for Coy is every one of us. The man or woman who sees a very different reflection in the mirror than everyone else sees.

This is a difficult, emotional read but it is brilliant. I cannot lower my rating, it just brought up alien feelings lurking deep within and it was kind of surprising.