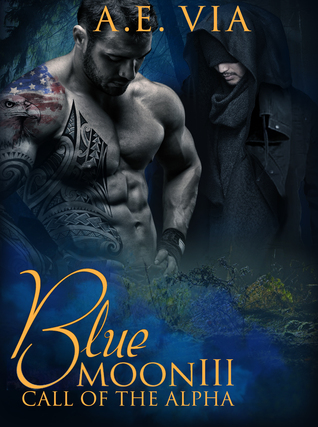 THIS IS THE THIRD INSTALLMENT IN THIS SERIES and CAN STAND ALONE.


Book 2 is recommended to read first.
The Story of ALPHA, CALL, OMEGA & LION ALONG WITH A COUPLE OTHER FAVORITES

It’s been a couple years since Commander John Marion – the US Navy’s most decorated SEAL – hung up his dog tags, choosing his cherished Alpha over war.

Call and Alpha have settled comfortably into their carefree lives nestled in the mountains of South Carolina. No more combat for the Commander and no more ordered killings for the deadliest assassin in the world.

However, nothing stays peaceful forever.

When Alpha’s brother Omega comes to their secluded home with a distressing message from their Order, Alpha has to answer the call. But what neither of them expect is for the Order to send them a new assassin, one just as deadly as both of them, to seek their counsel and bring them back Persia.

Lion’s commanding presence was not at all what any of them anticipated. Especially Omega. Lion realizes what Omega is to him right away, but the stubborn man fights his every advance. Lion knows he and Omega have to connect if they’re going to be victorious. He was sent to bring back an army but if he can’t get his cherished to yield to him, they are sure to fail.

Call refuses to let Alpha fight a gang of rebel assassins without him. Omega will fight by his brother’s side, no matter what… and Hawk saw them coming for his help before anyone else. Together they’ll fight the toughest opponents they’ve ever faced. As always… these badass warriors are up for the challenge.

This book ends in an HEA and does not end in a cliffhanger.
This book contains graphic violence

Oh, boy. Where to begin?

I think I must start from the ending: the HEA, there is no cliffhanger which was kind of whoa! and finally, this book contains a whole lot of action-packed violence that kind of boggles the mind for not only does it mean physical violence but the psychological as well. This book is a whole lot of different from the other Via books I've read and she's known to be this visual writer who slaps her readers with the sheer vividness of her scenes. This one, this kind of knocks you in for a loop and more, it sucker punches you.

I won't say who or what, but that ending took me by surprise and seriously, I had to read that several times to make sure I read right and when I did find out, that yes, I did read it correctly? Whoooooot! that ending! boy.

Now, for the review. This is the more difficult part for the book is all about the men and their partners and how they come together to defeat the one enemy, discover who it is that has betrayed them and more...this is where Lion comes in and when he does, oh my.

First, let's consider Omega. In the second book (yes, if you've not read the second, you need to stop right here and just get it so you know what is going on. Also, best stop for the following words may just be a bit of a spoiler). Now, where was I? Omega. Okay, this guy is all kinds of awesome and dangerous but he needs a steady hand and guidance. Of course, Alpha does that for him but Alpha now has Call and truly, Alpha knows he is no longer enough for his younger brother. Lion is the answer but Omega is not seeing him as that someone special. Their tiptoeing around each other is kind of funny as Omega tries to resist this strong man who controls him with a crook of a finger.

Second, there's Alpha and Call's relationship which goes through a little bit of challenge but thankfully, they're both accepting of their love for each other so Call does not resist. If only Omega were more observant and realized if he does the Call way, he'd be in better shape with Lion.

Third, there's Hawk and his mysterious ways. He's all kind of awesome and so is Pierce. They do their magic for the group and of course, everything falls into place. If only Omega listens.

Overall, I refuse to go into details but I can confirm, yes, the HEA is there but is overshadowed by the ending itself. I wouldn't call it a non-cliff-hanger for it kind of is, but is not. Point is, that ending left me breathless and it was all full of anxiety, dear readers. In the end, I stared out into space and tried to make sense of the stupidity of one who, for lack of a better term, was such an idiot his reasons for betraying the brotherhood was all kind of stupid.

Posted by multitaskingmomma at 7:55 AM