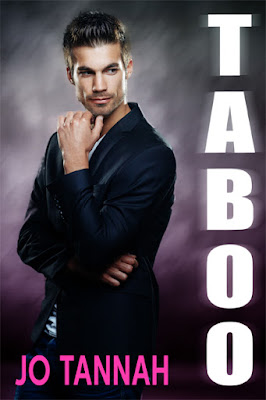 
Forbidden love. Family drama. A lot can happen in three days.
Margaret Maxfield is getting married and Zachary Parker is the man of honor. Going to the wedding would mean seeing Tristan Maxfield again after all these years. His teenage crush had turned into longing through the years and this may be his one chance to be with Tristan, his father’s best friend and partner. Margaret’s father.
When Tristan sets eyes on Zach for the first time in five years, he is confused at the feelings of attraction for the young man. Despite the eventual fallout over their affair, he decides to make a move.
Will Tristan and Zach’s forbidden love ever find a happily ever after?


“There he is,” Joanna said with a pleased smile. Her dark brown eyes sparkled with happiness.
Tristan looked up to see who Joanna was waving at. As he leaned over in the direction where both Jon and Joanna were looking, his gaze fell on a young, sexy man walking their way. He wore a dark navy woolen suit, pale pink shirt and matching navy blue silk tie that went well with his light brown coloring. The suit looked expensive, the way the material fell beautifully over his tall, lean body.
The delicious grin on the man’s face drew Tristan’s interest and he squinted, attempting to gain a better look. It was his heart that clued him in to what he would later on recognize as the turning point of his life. First, it stuttered to a stop and then it began to skip a beat before starting up once more. He felt breathless, but still failed to recognize the gorgeous male who continued to walk on a straight line toward them. He wondered who he was. When the man came nearer, his muddled brain finally registered the newcomer’s identity.
He hadn’t seen Zach Parker in five years, not since he’d graduated from college. From what he could see now, Zach had grown into a very    handsome man. His dark brown hair held hints of red from underneath the lights. His body had filled out, and the lanky, shy boy had grown taller by about another inch or two. From the way his thigh muscles moved under the material of his pants, he looked like he worked out often.
The laughter in Zach’s dark brown eyes matched the delighted smile on his lips. They were directed at Tristan, who had to consciously force himself to smile in return without looking like he wanted to throw Zach against a wall and fuck him senseless. Taking a deep breath before slowly letting it out, he thanked the gods his lap was hidden beneath the tablecloth and his friends’ eyes were focused on their son. He pressed hard on his suddenly responsive cock. When he finally reined control over his reaction, he rose to his feet, but made sure to keep the wide linen napkin in front of his crotch.
Zach shook his father’s hand and gave his mother a hug and a kiss. Then it was Tristan’s turn to be greeted. To his surprise, instead of the handshake like the one he’d given his father, Zach wrapped his arms around him. A waft of amber and Indian sandalwood teased Tristan’s nose. The scent of the expensive cologne made him hyper aware of the solid muscles that pressed close against his own, and his cock rose to attention once more. Standing so close to Zach, there was one thing Tristan was sure of—Zach had felt his body’s reaction. He pulled away, expecting some form of condemnation or disgust. Instead, the look of longing in Zach’s eyes nearly knocked him over.

Posted by multitaskingmomma at 2:15 AM