Review: Crazy In Love: The Story of a Gay Demon by Perie Wolford 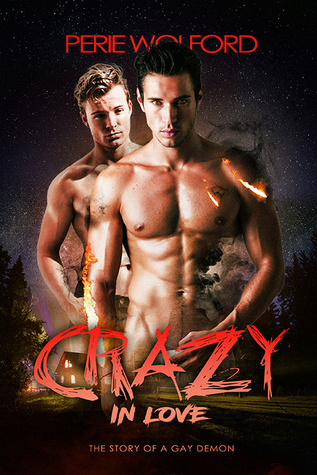 A black comedy story based on a horror painting and vastly inspired by Stephen King’s “Needful Things”When 17-year-old Dale Stevens comes to spend his summer at his aunt’s house in the desolate woods upstate California, he expects the most boring 90 days of his life. But his expectations change rapidly after he meets a mysterious stranger in the woods and discovers things about himself, his body, and his soul that he knew nothing about.

It's been some time since I'd had the chance to read something from Perie Wolford. I love his sci-fi books and of course, who can not read his Sam Dorsey books. One of those books I remember quite vividly is Encounter. It was a suspense-filled story that gave me a glimpse of just how crazy this author could be when it comes to titillating the imagination.

Crazy In Love, well, it's about a demon and let me tell you, this is a first for me coming from this author. I've given this a 4.5  because of the plot. It's written at an exhilarating speed and even if it's over twenty thousand words, it became a quick little read that left me a bit surprised I'd done with it in such a short amount of time.

I can't wait for Perie's next work to come out. Question is, when?

Posted by multitaskingmomma at 2:14 AM