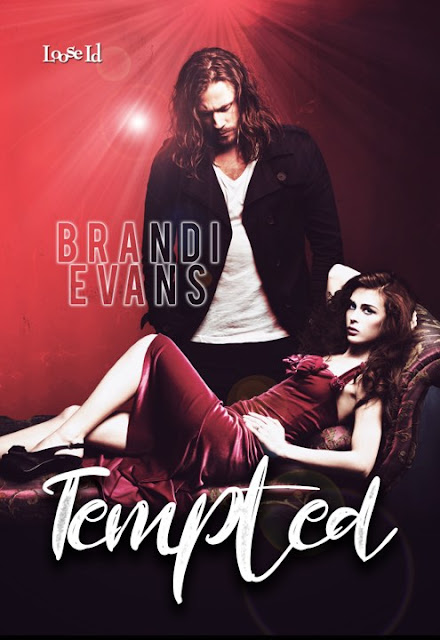 The only thing standing between this fallen angel and redemption? The woman he loves.
Eons ago, Seth fell for another angel--literally--and was cast down from the Heavens. Seeking redemption, he works for the Angels of Death, taking the lives of those destined to die, his only desire to return home. But everything changes when a beautiful brunette explodes into his life and plunges his ordered world into chaos, tempting him with something he hasn’t experienced in millennia. Love.
A busted radiator strands Lyndi Garrison on a deserted stretch of coastal Maine and shoves her directly into the path of a sexual predator. She fends off her attacker until an NFL-sized stranger appears from the darkness to help. She’s instantly enamored of her quiet hero, and before the evening ends, they share a devastating kiss and a knock-out round of sex unlike anything she’s ever known. Though she can’t help but wonder…
Has she finally received a second chance at happiness? Or is Fate being a bitch again?

Interview with a Fallen Angel

Joining us on Character Chat today is Seth, fallen angel and hero from my Loose Id release, Tempted. I'm so honored Seth trusted me to tell the story of how he met sexy, sassy Lyndi Garrison. Their story took my breath away, and I hope it does yours too! So without further ado...

Brandi:
Welcome Seth! Thank you so much for dropping by. I had such a fun time telling yours and Lyndi's story. You two made quite the pair!

Seth:
Thank you, Brandi. I'm glad to be here. I had a great time working with you while you wrote Tempted. That's such an appropriate title, too. Lyndi was certainly one huge, sexy temptation the night we met.

Brandi:
Tell me about it! She is definitely, how shall I say it...headstrong. What do you remember most about the night you met her?

Seth:
That would have to be the incident in the shed.

Brandi:
Oh yeah! There's nothing like a sexy rendezvous in a dark shed to get the libido pumping!

Brandi:
Moving things to a more serious note...would you tell our readers what you were doing the night you met Lyndi?

Seth:
I was on a job for my bosses, the three Angels of Death. As a Death Worker, it was my duty to make sure deaths occurred according to my bosses' visions and then to transport the newly released souls to the waiting area.
That night started no differently than the countless others--at least until Lyndi exploded onto the scene with her temper and potty mouth cranked to max. She drew me in without even realizing it, and I--

Brandi:
Whoa, whoa, whoa. We don't want to give away too much, Seth.

Brandi:
Well, Seth, I don't want to keep you much longer. I know you're busy, but before you go, can you sum up why readers will like hearing yours and Lyndi's story, especially when there are so many great books out there?

Seth:
Easy...Lyndi. She is the most incredible woman I've ever known. She's passionate. She's funny. She's sexy as hell. Who couldn't fall in love with someone so vivacious and full of life?
She has dark scars in her past, but she never let tragedy rule her. Was it any wonder I was so...Tempted?

"If you're looking for a read with evolved characters, depth, and let's face it, seriously hot sex, this is the book for you." ~Denise, Happily Ever After Reviews

"This story definitely held my interest, with several unexpected turns, including a life-or-death conflict. I really enjoyed reading Tempted, and can easily recommend this to all true romantics looking for happily ever after." ~Mary, Bitten by Books

Brandi Evans was raised by a caravan of traveling Gypsies. She spent her days learning the ways of her people and her nights lost in legends as old as time. Okay, not really, but that's way more interesting than the truth!
In reality, Brandi grew up the oldest child of an ordinary family. Grade school, middle school, high school. Nothing extraordinary happened until she left the nest. She joined the military, went to college, got married, and became a mom. And somewhere along the way, she discovered she liked to read—and write!—stories hot enough to melt eReaders.

Seth didn’t know which was worse. Spending eternity in hell or working his way out of damnation by becoming a murderer.
Okay, in his defense, he technically wasn’t a murderer, at least not in the terms mortals used. He had, however, been responsible for the termination of more lives than he could count—all in the name of finding redemption. And no, the irony wasn’t lost on him, but at the moment, he didn’t have time to contemplate his penance.
He was on the clock.
Franklin Michaels jogged around the bend. Each footfall brought him closer and closer to Seth.
To death.
With the dropping temperatures, the coastal park in Redemption Harbor, Maine, was all but deserted. Seth was grateful for the privacy. Not because he feared his target might see him—the job was easier if Seth didn’t think of his victims by name—but because this termination necessitated solitude. The target had to die alone. No exceptions.
Why? Because his bosses, the Angels of Death, deemed it so.
Seth’s job wasn’t to question but to do. To fulfill his obligations without emotion and with as little deviation from the plan’s parameters as possible. Simple.
Ha! There was nothing fucking simple about carrying out a person’s death, even a scumbag like this one.
For reasons Seth didn’t understand, this asshole hadn’t been slated for termination two years ago when he’d had his first heart attack, with the coronary Seth would cause tonight being the second. No, fate had allowed him an additional two years of blessed breath. Time to see his daughter get married, to see his son welcome his own child into the world—to rape four more women.
He’d beaten one woman with such animalistic rage she’d    later succumbed to her injuries. Another had died by her own hand when she could no longer withstand the black void he’d punched into her soul.
Seth hovered toward the target. A lone spiritual “touch” was all it would take to send this bastard into a lethal episode of cardiac arrest and straight to hell where he belonged. Seth reached out and—
“Son of a bitch! I’m gonna set a blowtorch to your ass and turn you into a damn sculpture!”
Seth pulled back. Curiosity forced him to turn toward the very angry, very sultry female voice—a strikingly odd combination.
Just off the main road near the park entrance, a woman stood with her back to him, kicking the shit out of the tire of a tiny little hybrid car, white smoke billowing from its engine. Under the soft glow of the streetlight above her, she ran her fingers through long chestnut hair with a hint of auburn undertones, as if she’d spent much of the summer camped out on one of the nearby beaches. No pants protruded from the hem of her dark, calf-length jacket. The skin of those toned legs set off a creamy contrast to her coat—so okay, maybe no long hours spent on the beach.
His mind went wild. What did she wear beneath the jacket? A skirt or dress? What did it look like? Would the material cling to her body like a second skin? Or would it fit loose while still managing to show off her every curve?
Or maybe she wore nothing at all?
Concentrate, he scolded. You’re here on a job.
He turned to his mark, but he was gone.
Damn it. Seth opened his mind, searching out and instantly finding the target. Up the walk, he’d folded himself into the shadows, his dark arousal filling Seth’s being like onions wrapped in ripe gym socks. Beautiful-Potty-Mouth was exactly this animal’s type. A pretty little brunette who was all alone. The Guardian in Seth would be damned if he’d let the fiend hurt her. Not on his watch.
Yet even as the noble notion entered his mind, so did the warning against intervention. Death Code and Angelic Code both forbade intervention in the affairs of mortals, except by Divine Order. Seth had one purpose here tonight. To make sure his target died in the manner his bosses foresaw. No more. No less. To disregard the Code was to risk all hope of ever returning home.
To assure his banishment would indeed be for eternity.
Still, he moved toward his target. It didn’t take a genius to figure out what the other man was doing. Stalking. Dark anger welled up inside Seth’s chest. How was he supposed to sit back while this creep raped and maybe killed an innocent? If Seth killed the target now, before he made his move—
Beautiful-Potty-Mouth turned from the car. Toward Seth. And something happened, something he hadn’t experienced since he’d lost his wings.
His soul stirred.

Posted by multitaskingmomma at 7:43 PM