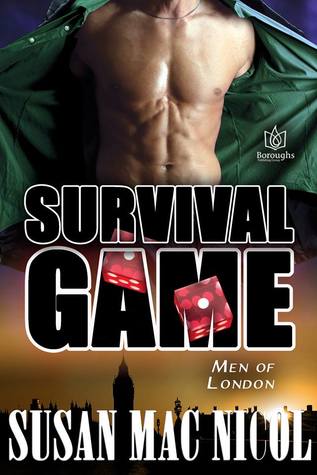 Since his true love died, paramedic Eric Kirby has been living a half life, but when he meets purple-haired Kyle Tripper, Eric's heart is jolted into a whole new rhythm.
HANDLE...
Kyle Tripper has led an interesting life. Currently the manager of London's famous Club Delish, he used to be a croupier extraordinaire in Las Vegas. But not everything in that life was so glamorous; his ex was a piece of work. Now gun-shy, Kyle hopes there is someone special out there for him, and secretly wishes it's luscious paramedic, Eric Kirby.
WITH CARE
Every day Eric Kirby goes through the motions. Yeah, he saves lives, and, sure, he makes a difference, but he doesn't feel it anymore - not since he lost his one true. But, when he meets wild, flamboyant Kyle Tripper and learns there's a skittish, apprehensive man beneath the bold façade, the best of Eric's protective nature kicks in, and opens his heart to a new love.

It's been some time since the last Men of London book had been released and now that Survival Game is finally here, I just had to read it twice. Yes, it is THAT GOOD!

Well, this is the story of Eric and Kyle, whose romance didn't really start off that well. There was a bit of miscommunication and that sort of thing, but thing is, this is a story that reads so real. There is no flimsy, rose-colored lens type of romance going on. This is not one of those yada yada hohum stories that one can dismiss as an M&B type of thing if you know what I'm talking about. This is a romance that only a Mac Nicol can deliver and she never fails on that point. Once you start reading, that's it, you're lost in the world of Kyle and Eric and the romance they brew.

Now, this is a story that develops, so although it doesn't crawl, one could categorize it as a slow burning process. But fear not! It does not crawl like a bug, think more like an ant that eats its way up your body and before you know it, wow! the history stings for both men, and you cry a little, die a little, and yet, despite the tears, you smile big because, well, they deserve their happiness so much it hurts.

Although a long time coming, this installment to the series is one that was worth the waiting. The other men come back in cameo appearances, and well, you smile if you know them. It's nice seeing the others come back and say their peace about Kyle and Eric's romance. There is also a backend story about Mango and Ryan. For those who follow this series, you'll realize that this and book #8 sort of intersect which makes the waiting even more worthwhile.

Men of London the series is one that I can never hope to escape from. The author keeps saying this is the end, but nope, there are too many men in London whose tale need to be told and Mac Nicol delivers brilliantly each time.

Can't wait for the next one!