In the wilds of Northwestern Ontario, the adult children of a domineering Ojibway church deacon find their faiths crumbling and their beliefs faltering when a vengeful former lover, an ex-fiancé out on parole, and a seductive family enemy challenge Emery, Bridget, and Jude in a duel of love, loyalty, and values that threatens to destroy their perfect Catholic lives and family. 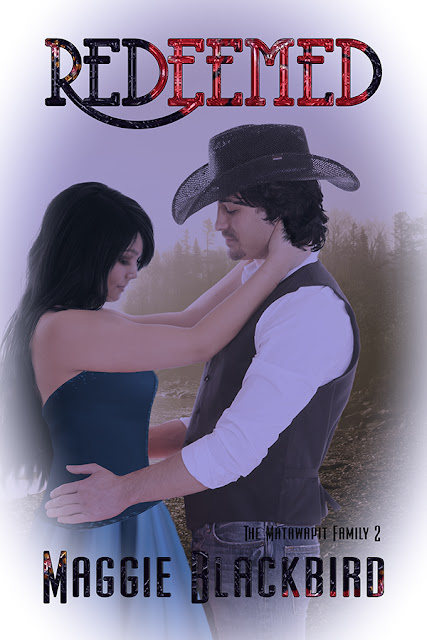 
A single woman battles to keep her foster child from his newly-paroled father—a dangerous man she used to love.

Bridget Matawapit is an Indigenous activist, daughter of a Catholic deacon, and foster mother to Kyle, the son of an Ojibway father—the ex-fiancé she kicked to the curb after he chose alcohol over her love. With Adam out on parole and back in Thunder Bay, she is determined to stop him from obtaining custody of Kyle.
Adam Guimond is a recovering alcoholic and ex-gangbanger newly-paroled. Through counseling, reconnecting with his Ojibway culture and twelve-step meetings while in prison, Adam now understands he’s worthy of the love that frightened him enough to pick up the bottle he’d previously corked. He can’t escape the damage he caused so many others, but he longs to rise like a true warrior in the pursuit of forgiveness and a second chance. There’s nothing he isn’t willing to do to win back his son–and Bridget.
When an old cell mate’s daughter dies under mysterious circumstances in foster care, Adam begs Bridget to help him uncover the truth. Bound to the plight of the Indigenous children in care, Bridget agrees. But putting herself in contact with Adam threatens to resurrect her long-buried feelings for him, and even worse, she risks losing care of Kyle, by falling for a man who might destroy her faith in love completely this time.


After almost four years, Bridget should have gotten used to the quiet nights while Kyle slept. Alone, in the living room, glass of wine on the end table, a good book in her lap, the TV on low, she should savor these moments after a busy day.


Before Adam had screwed up not only his life but those who loved him, they’d cuddled on the couch and had watched a movie. Afterwards, they’d retire to her bedroom.


The landline rang. She reached over and grabbed the cordless. “Hello.”


Bridget stiffened. They’d already spoken earlier this evening. If Adam thought to barge into her life just because she was fostering his son, he could think again. “I’m winding down for the evening. It’s late.”


“I have responsibilities.” Unlike you. “You know I get up at five-thirty.”


“Yeah…responsibilities. You told me a hundred times when we were engaged.” He muttered the words.


Bridget clenched the stem of the wine glass. “What do you want?”


“They pulled a body from the McIntyre.”


Old cell mate? Adam wasn’t supposed to contact convicts or ex-convicts during parole. This man would never change if he was already breaking the rules. “And why are you telling me this?”


The light sound of the TV hummed in Bridget’s hot ear. Adam was thinking instead of speaking. He was probably calling her ten different expletives in his thoughts.


“I owe him my early release.” His words crunched like footsteps beneath bitter, broken glass.


“What does this have to do with me?” She had better things to do, like watch time erode her olive-colored walls.


“There’s a kid here. Just got out of ’hab. His girlfriend was Sheena Keesha.”


The wine trembled in Bridget’s hand, and she set aside the glass. For goodness sake. “How old is he?”


Bridget would have to pry more information from Adam. Why couldn’t he elaborate like everyone else on planet earth? “Sheena was sixteen, the radio said. He was seeing a minor?”


“Had his birthday a few months ago.”


“They began dating when he was a minor?”


“Was he also in the foster care system?”


“And Sheena couldn’t go to rehab unless her caregiver consented?”


“Wait…” Yes, Bridget was concerned about Sheena Keesha, but the police had never confirmed whose body had been pulled from the river.


“Hi… It’s me. Logan. You wanted to talk?” The boy’s introduction bubbled with excitement.


Bridget sank in the couch. This was all Mom and Dad’s fault for raising her to help others.
“Hello. I’m Bridget.”


“Adam said you have some questions for me. He said I could trust you.”


“You can. What we talk about will stay between us.” Bridget used her most compassionate voice. “Tell me about yourself.”


“For starters, how did you end up in care?”


“My parents are wastes of space. Y’know? Been in care, like, forever. I left when I turned the big one-eight.”


“Sheena Keesha is your girlfriend?”


“Yeah. We’ve been hanging for a couple of years. We met in high school.”


“And Sheena went missing while you were in rehab?”


“Figure out what, exactly?”


“The baby?” A boulder formed in Bridget’s stomach, and her lungs teetered on collapsing. She managed to choke out, “Sheena’s pregnant?”


“Was she still involved in drugs when you last talked to her?”


“Not sure. We had it all worked out. I was gonna get her clean once I got clean. Y’know, in ’hab I’d get all the answers to get us off…stuff. Make us better. She said I’d be able to get her clean then.”


The two were so young and naïve. They had no idea of the odds stacked against them.
“Thank you for sharing, Logan. What you said will stay with me. Could I speak to Adam?”


“Hello.” Bridget rubbed her brow. “You have to let Logan know we can’t do anything until the police release the news.”


“We could do something while we’re waiting.”


Bridget sputtered. “You can’t go there. It’s against the condition of your parole.”


Did Adam mean Bridget was supposed to patronize the most notorious bar in the city? He was out of his mind. “I’m responsible for your son. If the caseworker finds out I went to a place like The Gator, this could put my care in jeopardy.”


“It’s more than a bar. It’s where drug dealers go. It’s where criminals gather. It’s a dangerous place. You have to think of Kyle.”


“The program says to put everything in Creator’s hands.”


The familiar heat crept beneath Bridget’s skin at Adam daring to spout his twelve-step rhetoric. “How long have you been sober?”


“First week in the iron house. After they shanked my uncle in the shower.”


Bridget’s blood froze. Adam had never elaborated before when answering a question. She and Jude had guessed correctly about the uncle’s death impacting Adam’s decision to walk a straight path if he’d stayed sober in prison and while on day parole in Winnipeg.


“You want me to go to this bar and ask around about Sheena?”


“You’ll be fine. Tell the bouncer Adam sent you. Ed’ll make sure nobody gives you lip.”


“What am I supposed to say?” Bridget shifted on the couch, squirming.


“Have you contacted this Ed already?”


Clean? And bouncing at the most notorious bar in the city?


“I’ll be nearby, kwe. I wouldn’t send you into a dangerous place without my protection.”


Bridget leaned against the back of the sofa. No, Adam wouldn’t. He was a lot of things, but he’d always looked after women properly. “It’s late. I need to think about this. Can I call you once I have an answer?” 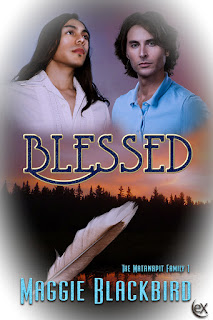 
A mixed-blood Catholic seminarian struggles to discern his true calling: the priesthood or his ex-lover, a proud but damaged Ojibway man.


It’s been ten years since Emery Matawapit sinned, having succumbed to temptation for the one thing in his life that felt right, another man. In six months he’ll make a life-changing decision that will bar him from sexual relationships for the rest of his life.Darryl Keejik has a decade-long chip on his shoulder, and he holds Emery’s father, the church deacon, responsible for what he’s suffered: the loss of his family and a chance at true love with Emery. No longer a powerless kid, Darryl has influence within the community—maybe more than the deacon, and he intends on using his new-found power to destroy Deacon Matawapit and the church.Hoping to save the church, Emery races home. But stopping Darryl is harder than expected when their sizzling chemistry threatens to consume Emery. Now he is faced with the toughest decision of his life: please his devout parents and fulfill his call to the priesthood, or remain true to his heart and marry the man created for him. 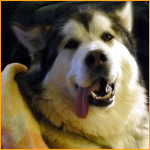 An Ojibway from Northwestern Ontario, Maggie resides in the country with her husband and their fur babies, two beautiful Alaskan Malamutes. When she’s not writing, she can be found pulling weeds in the flower beds, mowing the huge lawn, walking the Mals deep in the bush, teeing up a ball at the golf course, fishing in the boat
for walleye, or sitting on the deck at her sister’s house, making more wonderful memories with the people she loves most.